SoulBounce Exclusive: Andria Piperni Wishes Her Crush Would ‘Say Something’ 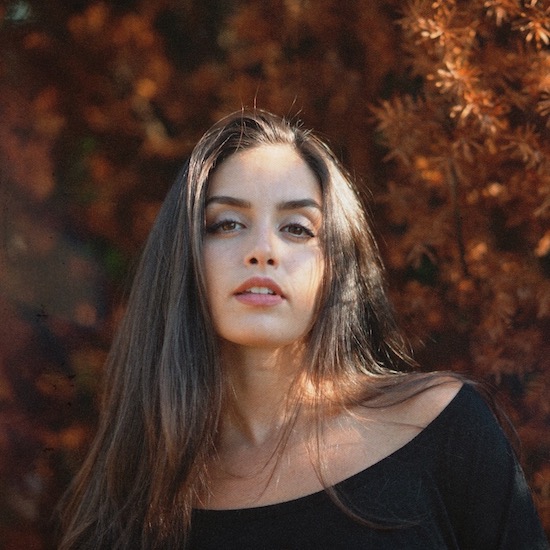 Canadian R&B/soul artists have been quite prolific over the years and kept our music collections expanding. There's Tamia, Remy Shand, Jully Black, The Weeknd, Slakah The Beatchild, Majid Jordan, Daniel Caesar – the list is endless and growing. Looking to add her name to the mix is Montreal-based singer/songwriter Andria Piperni, and she's on the right track with her debut single "Say Something," which SoulBounce is happy to present in an exclusive world premiere.

"Say Something" sees Andria expressing herself through song what she can't say in words to her crush. They're friends and they have a lot of chemistry between them, but neither one will make a move and it's driving her bananas. "You got me stealing kisses in my mind / Asking questions with my eyes / Begging for you just to say something, say something," she sings, pouring her feelings out over piano and percussion. She's about to lose every bit of her cool, but she wants him to make the first move so that she knows it's real.

"'Say Something' is about a situation where you're really feeling someone and you know they're feeling you too, but neither of you has had the courage to admit it," Andria tells us about the track. "It speaks to the encounter of conflicting feelings of excitement and apprehension, that can sometimes keep us from revealing our true emotions and taking a chance on new love in favour of protecting our egos and our hearts."

This may be Andria's debut single, but there's a lot more where "Say Something" came from with a collection of singles on the horizon. Hear some of her previous work on her SoundCloud, and keep up with this burgeoning talent on Facebook, Instagram, Twitter and her website.