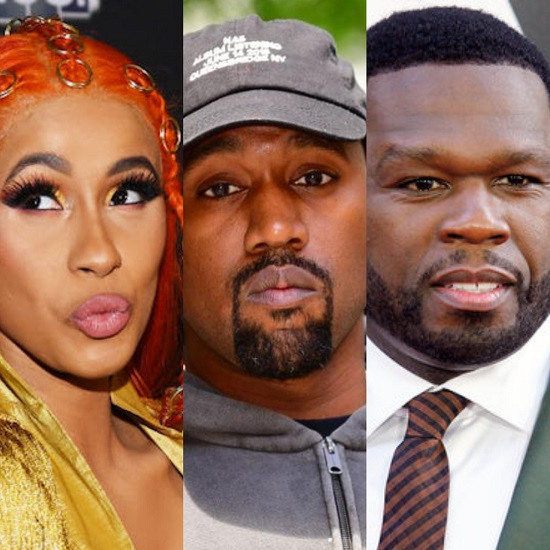 We can't believe it's November already, but here we are, Bouncers. Yep, it's almost time for the holiday rush (hell, it's already started, really). And with a new month comes more music news, with this week being an especially juicy one due to some longstanding beefs rolling on. Cardi B and Nicki Minaj were back at it again this week as they came at each other via social media — but will an agreed upon truce signal the end of their bickering? Meanwhile, it looks like Kanye West finally woke the f**k up and realized he was being used to promote agendas he didn't necessarily agree with...and all it took was a fashion faux pas. And then there's King Petty 50 Cent, who took his longstanding (and mostly one-sided) feud with Ja Rule to new heights with his pettiest move yet. All that, plus why you'll be getting docs about Prince and Chaka Khan in the near future, Zoë Kravitz baring it all to pay tribute to her mama, why Akon's name could be on the presidential ballot come 2020 and so much more. Stop putting up those Christmas decorations (seriously, at least wait until after Thanksgiving, geez) and read through This Week In SoulBounce.