Anderson .Paak Slows It Down With ‘Anywhere’ On ‘The Daily Show’ 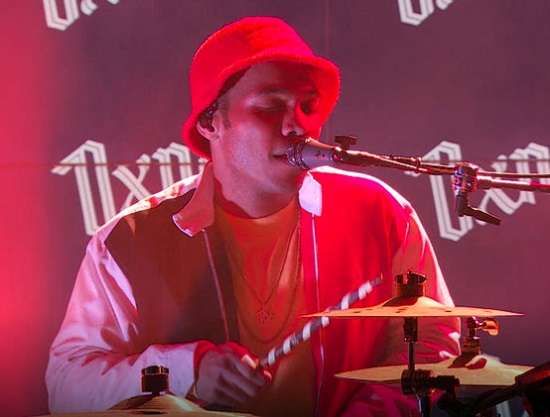 Anderson .Paak is in full-out promo mode for Oxnard, so you know he's gonna make the most of hitting a media hub like New York City. While he was in town for his Saturday Night Live debut, he also took a moment to stop by The Daily Show set to chop it up with host Trevor Noah about the album as well as deliver a performance of his sexy throwback track "Anywhere."

While chilling on the couch, AP talked about Dr. Dre's influence on the record (it's Andy's first on Dre's Aftermath label). He also took time to talk about The Brandon Anderson Foundation, through which he hopes to give back to the community, specifically marginalized youth interested in the arts. “When I was young, I was exposed early to music, and if I wasn’t exposed early to music, I probably would have been up to no good," he said at one point. "I probably would have no voice.”

Once the talking was done, it was time to jam. And jam he did with a couple members of his band The Free Nationals. The featured guests of "Anywhere," Snoop Dogg and The Last Artful, Dodgr, weren't on hand for the occasion, but AP made up for it by playing the drums as he sang while another band member held the background down with vocoder. The smooth jam, full of shoutouts to '90s R&B bands and a slick interpolation of One Way's "Cutie Pie," translated to the stage quite well and has us anticipating how he'll perform the track during his Andy's Beach Club World Tour next year.

Check out Anderson .Paak doing the damn thing on our TV screens once again with his performance of "Anywhere" below.