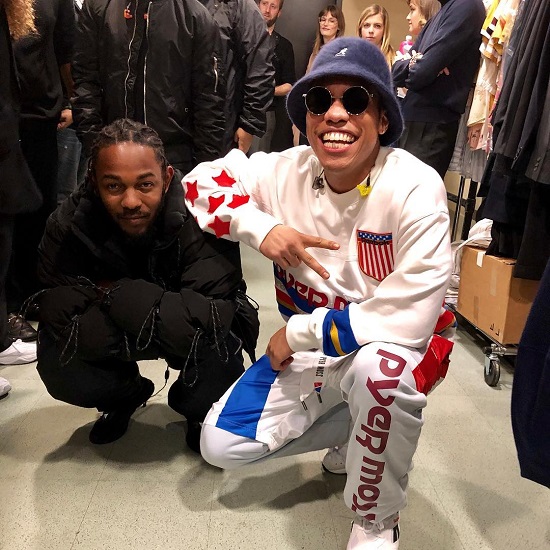 Anderson .Paak is in full-on celebration mode now that Oxnard is available for the masses. And who could blame him? The album gave him his highest chart debut yet, bowing at No. 11 on the Billboard charts in its first week. Andy is also still pulling off career firsts, including this past weekend's appearance on Saturday Night Live.

Serving as the night's musical guest, the toothy-grinned singer/rapper brought live renditions of his singles "Tints" and "Who R U?" to the audience at Studio 8H and at home. First, he hopped on the drum kit for a smoothed-out version of "Tints." Singing and playing at the same damn time, he and The Free Nationals kept things pretty mellow. So mellow, in fact, that Kendrick Lamar was able to just stroll on stage, sit beside AP's drums while kicking his verse and then exit just as casually as he came on. The energy was more amped for "Who R U?" though. The stage was bathed in red light and a transparent screen separated Andy from the band and dancers (who appeared in silhouette behind him). He tore into the track from the beginning, his raspy rhymes coming almost as quickly as they did on wax. He also moved around like a man getting electrocuted, especially during the hard hits of the chorus. Once all was rapped and done, Anderson ended his set with a glide across the stage and another toothy smile.

We have to give it to AP. This season of SNL hasn't had the best musical performances, but he managed to keep us entertained with his music and showmanship each time he appeared. Watch Anderson .Paak perform and cheese it up on the SNL stage in the two clips below.