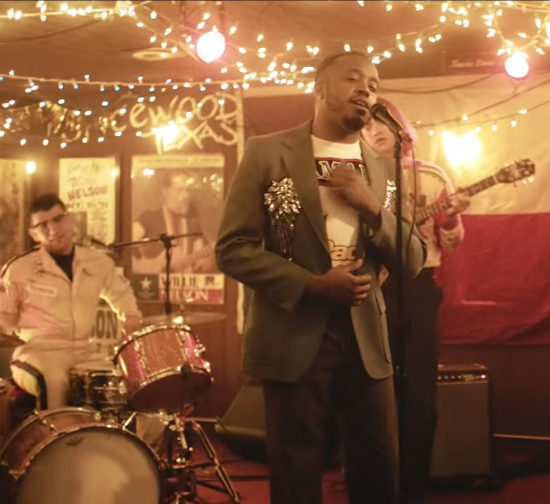 Durand Jones & The Indications have released the music video for their single "Don't You Know," and both nod to the old school. The band and featured vocalist Aaron Frazer, who also serves as the group's drummer, transport us to a bygone era on the throwback track. Frazer flexes his flawless falsetto while Jones balances things out with his gruff tone and harmonies. Their complementary vocals impress atop drums, horns and strings. The Indications meld the old with the new to create a soulfully infectious sound.

Directed by Nick Simonite and Abigail Enright, we get shots of a demolition derby in the visual while the group full of twenty-somethings perform in a vintage bar. The clip features both Jones and Frazer singing their hearts out about love, as we watch couples canoodling even with all the chaos around them.

"Don't You Know" is taken from American Love Call, the group's sophomore effort that will be released on March 1, 2019. Inspired by R&B, gospel, early folk rock and classical music, we can expect all of this and more on The Indications' next project. You can pre-order American Love Call now on your favorite digital retailer and catch the group on tour in the U.S. next spring.