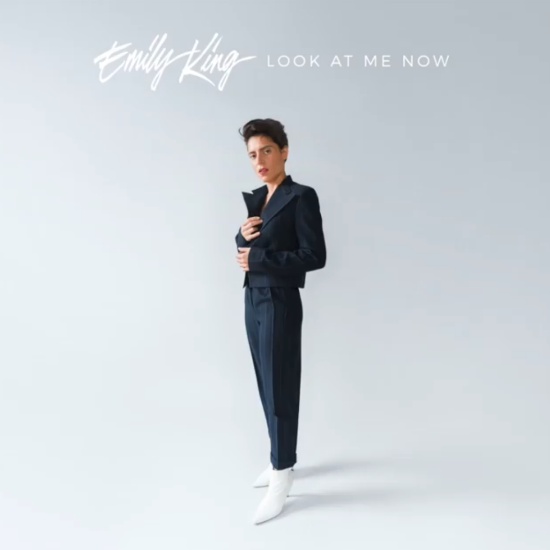 Christmas came early for fans of GRAMMY-nominated, singer/songwriter Emily King. After releasing her bright and bubbly single "Remind Me" back in October, she opted to change the mood a bit with her follow-up single “Look at Me Now.” The track falls somewhere between Beyoncé’s "Sorry" and Adele’s "Hello," as she brilliantly captures the complicated emotions felt when you randomly run into the one who broke your heart. She starts her encounter full of sass asking, “Heard you got a new lady / Is she driving you crazy? Too bad / Did you keep the apartment? / Does she like what we started?” However, by the end of song, we realize that all that slick talk is merely a façade as she clearly still yearns for her ex’s affection. As the key changes, her tone transitions from one of defiance to one of despair and maybe even a hint of desperation as she sings, “Why did you leave me? Didn't you care? / Didn't you love me? Don't you wish I was there? / Oh, baby, please look at me now.”

Emily describes the song’s sentiment as “insecurity disguised as swagger.” She says, “I wanted to write a song addressing someone who hurt you in the past. As if you just run into them on the street one day and now’s your chance to let them know how great you’ve been doing. But really, all you want is their attention.” The track and its recently released George Mays-directed live performance video recorded at LA’s Apogee Studios brings all of the complex emotions home as she belts out the single with the help of a full band. King is joined onscreen by vocalist/guitarist Jeremy Most, bassist Tarron Crayton, drummer Jack DeBoe, pianist Ethan Gouldbourne and background vocalists Karita Law and Shanay Johnson. The visual gives fans a glimpse of what they can expect from the live shows she’s got lined up across North America and Europe from New Year’s Eve through March 2019.

Watch Emily King’s live performance of “Look at Me Now” below, and be sure to add the track to your heartbreak playlist. Grab tickets for her upcoming tour, and pre-order her much-anticipated upcoming album Scenery, which is due to be released on February 1, 2019.