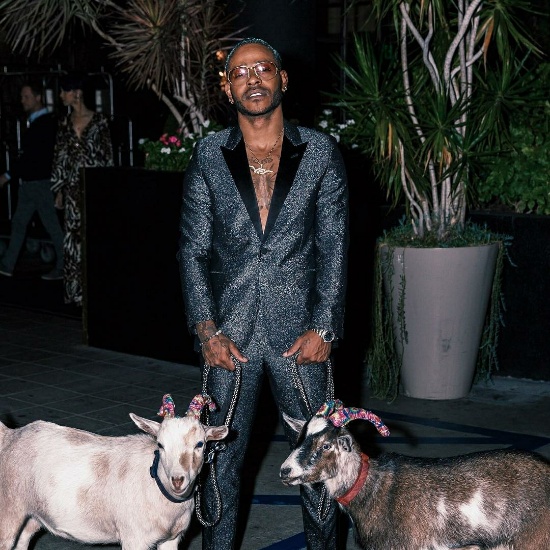 While there’s still debate on the King of R&B, there are a number of singers whose names aren’t even in the conversation. However, few work as hard as Eric Bellinger. The pen behind many of the contenders to the throne, Eric B. has been not-so-quietly pumping out quality R&B in recent years. And his grind apparently doesn’t take a holiday, as he’s released not one, not two, but three new tracks that don’t deserve to be slept on.

For his first drop this December, Eric gets braggadocious on "King," but he spits more than hot air over a percolating beat. Instead, he talks about his hustle and grind, and how these queens out here should slide with the king. “Behind the scenes let’s not talk about them hits I wrote / No co-sign had to go and get it on my own / Every album full of singles I can’t do no wrong,” he sings, laying down facts about his career.

Then just this week Bellinger dropped “Sing to You,” a wavy, synth-heavy mid-tempo jam about singing your heart out to someone special in your life. The song gives us Michael Jackson and Chris Brown vibes at the same damn time, and that's a good thing. “Normally I won’t, take advantage of my talent / But there’s something about the way your body moves when I sing about it,” he serenades his boo. On the bridge, he even namechecks a few of the R&B greats who've laid the foundation, including MiJac, Usher, K-Ci and Smokey Robinson.

For his newest release, Eric gets in the holiday spirit and all lovey-dovey for “Kisses on Christmas.” Over simple production of guitar licks, finger snaps and bass, Eric makes a case that his lips should be the only thing on his girl’s wish list. Though lines like, “And if you trimmed your tree, I might just stay down on my knees forever,” might exclude this one from the family holiday playlist, we’ll let it ride in the bedroom on Christmas Eve.

All this new music is building up anticipation for Eric Bellinger releasing his new album, The Rebirth 2, in 2019. The double disc set will feature one CD with new material, while the other will feature music from previously released mixtapes and EPs. Take a listen to these three new joints and let us know if Eric B. has made his case for the crown.


TAGS:  audio, Eric Bellinger
Previous: August Alsina Turns Up The Sex Appeal In ‘Like You Love Me’ Next: Monica Shows Us How To ‘BeHUMAN’ & Launches New Nonprofit