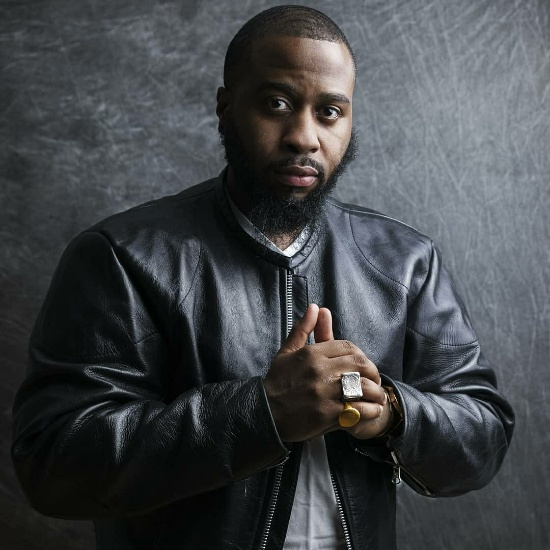 2019 will be here before we know it, and everyone will soon be on their "new year, new me" vibe resolving to get their lives together. But why wait until then? Emcee BD3  has the soundtrack to get you right together right now with his song "Green Juice" featuring Edson Sean. Taken from his latest album Time.Era.Period, as the title suggests, "Green Juice" is all about living healthy but it's about loving healthy, too.

"'Green Juice' is the definition of a fresh new relationship, moving from a toxic space to healthy one and the journey of that detox," BD3 tells us about the meaning behind the upbeat hip-hop track. He flows smoothly over Justin Swiney's production featuring Marcus Machado on guitar, Matthew Harnett on horns and Noah MacNeil on keys, putting listeners up on vegan game and spitting game alongside Edson to a young lady with some sexually-charged bars.

"Put your body on this green fast," BD3 raps on the chorus, encouraging us to drink our veggies. "Wheatgrass shot going down it's a booster / Cucumber nine inch put it in / And drink it down so it's good for your skin," Edson Sean spits on one particularly flirty verse. He continues to entice with his words, rapping, "I got the best thing on earth right here / It's for your body and your soul, my dear."

The song is not only creative and clever lyrically, but musically it's a non-stop party with sounds from around the diaspora infused throughout. It has the flavor of R&B, hip-hop's thump and soulful funk then takes an international detour on the bridge with an explosion of Afrobeat percussion and Latin horns. The infectious rhythms of "Green Juice" simply make you want to move and will fit perfectly on a workout playlist, while we're on the subject of getting healthy.

There's more heat where "Green Juice" came from to be found on BD3's Time.Era.Period, which dropped in September and is produced entirely by Justin Swiney. BD3 and Swiney not only collaborated together on this project but together with FKA Jazz they've founded Trew Culture, described as a culture collective of musicians, artists and producers. Their mission is to bridge the gap between hip-hop and jazz and bring everything “trew” to the culture to the forefront.

We look forward to more of BD3 and Trew Culture's upcoming moves, but right now we're gonna bust a move to "Green Juice," which we're extremely happy to world premiere. BD3's Time.Era.Period is available on all digital platforms, and you can stay in his loop via his official website and on Instagram and Twitter. We hear that BD3 puts on one hell of a show, so be sure to keep up with his performance schedule.