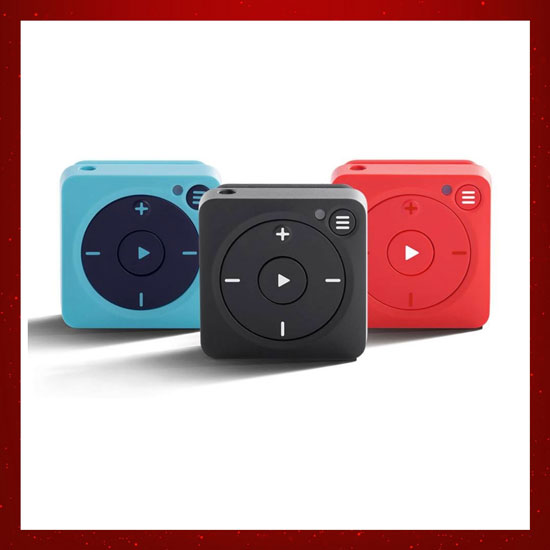 In the span of one decade, Spotify has risen from relative obscurity to become a streaming behemoth that we can't live without. But listening from your phone can eat up battery life, data and storage. Enter Mighty, the first-ever Spotify music player – allowing you to stream music offline, without a phone. Launched after a 2016 Kickstarter campaign, the device came with its share of challenges. But the folks at Mighty listened and responded with the new Mighty Vibe.

Like the 1st generation device, the Vibe holds over 1,000 songs. But the new collection boasts a sleeker design, longer battery life (over 5 hours), more stability, improved Bluetooth playback and a revamped app. In addition to giving iPod and Chromecast Audio some serious competition, its compact size allows greater mobility for people with an active lifestyle (i.e. runners, parents-on-the-go, etc.). If you're about that Spotify Premium life, this is a must-have. — B. Cakes