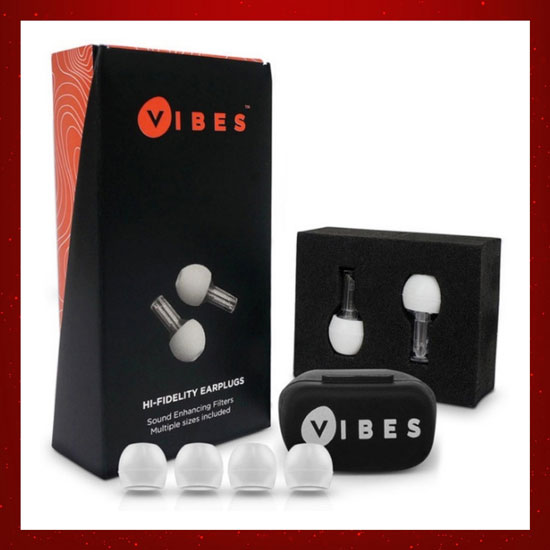 True music lovers can always be found taking in a live show (or two...or forty) throughout the year. Of course, doing this can take a toll on your hearing, especially if you snag those coveted front row seats that just happen to be right next to the venue’s speakers. Don’t worry, though, because Vibes Hi-Fidelity Earplugs can solve that problem. These aren’t your mama’s foam earplugs, which usually block and muffle sound. Instead, Vibes reduce the level of sound to something that’s more comfortable — and, most importantly, safer — for your ears. Making things even sweeter, the company donates 5% of its revenues to the Hear The World Foundation, which provides hearing aids, education and healthcare to children in need worldwide. Ensuring that you can keep enjoying your faves live and that the most in need of the next generation can do the same? Sounds like a Christmas win in our book. – D-Money