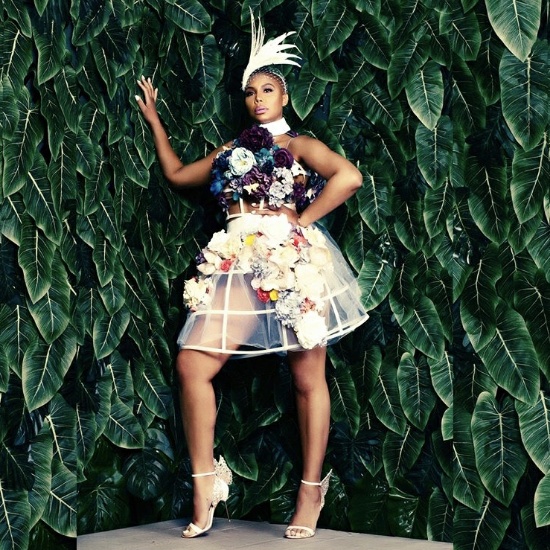 SB: If you could wish for one thing and have it come true, what would it be?

TB: Ew, that’s a trick question! [laughter]. Well, one thing… I don’t know, I think I have it! I have a really amazing and supportive family, and they’re all healthy and alive, and we all have jobs [laughter], and we’re all living out our dreams and living our best lives, so I think my wish would be to be just as happier or happier than I am this year, next year.

SB: How do you bring in the New Year typically and do you have any resolution for 2019?

TB: So here’s the thing – we just had this conversation the other day, me and my friend. I used to look at New Year’s as a fresh start, you know, I’m gonna go on a diet, I’m gonna pay more attention to my career, I’m gonna do this, I’m gonna do that, and I decided that every year is Monday. Every day is New Year’s Day. I get a chance to do something different that I haven’t done before, and do something better, and be better at it, and be happier, and work toward my goals, so I don’t have any resolutions, okay? Every day is New Year’s Eve.

SB: Can you share a little bit about what you’re working on for 2019?

TB: I am actually entertaining music. I remember that I said I’m not making anymore albums – I didn’t say I wasn’t making any music, but I just felt like off the Bluebird [of Happiness] that was all I had to say at that time. I’m entertaining it, meaning I’m listening to records [laughter], and I’m actually going into the studio to hear what they actually sound like. I don’t know what will come of that, but the music industry has changed so much, and I just would like to know what my approach with music would be and I haven’t figured that out yet, to be honest. But as far as the television side, things are very fast paced. Like I said before, a lot of people thought that after The Real I wasn’t able to get a job in television, but that was just simply not true. I was contractually obligated to not be on television and it was really hard for me as a matter of fact. It almost sent me into a deep depression because I really, really loved my job and loved what I did. And I had a lot of opportunities. As a matter of fact, I had three different talk shows that was available for me to do and had to turn them all down because of those contractual obligations, but that has changed. Look at God! Thank God. God and the universe are still smiling down on me and I’m able to do a bunch of television shows that I haven’t been able to do, so those are all coming out next year, and I can’t tell you ‘cause I’m gonna get in trouble! I just got my freedom! I can’t tell you.

SB: Have you been doing any songwriting in this past year?

TB: Absolutely! I mean, I’m a singer and songwriter, you know? And so, I mean, songwriting comes natural for me. It’s nothing that I want to share right now [laughter] but yeah, like always, I’m part of the writing process, and if I put something out that’ll be a part of that, too—where I am.

SB: Let’s go back to relationships. Being in a new one, have there been any revelations or anything new that you’ve learned about yourself?

TB: I’m definitely happy, but let me tell you why I’m happy. I’m happy because this relationship is allowing me to grow, and really see myself, and accept my flaws. Because he accepts all of my flaws. And then with accepting all of my flaws, he has accountability when it’s time to [groans]. That is huge! So it’s opened the door for me to not be afraid to take accountability when I’m wrong, you understand what I’m saying? Because the person that I’m with doesn’t mind saying, “You know what? It wasn’t just you. I was trippin’ too…,” or, “It takes two to tango. Let’s just move forward and understand this is what you did. This is what I did, and let’s just move on.” And that’s so beautiful! Before I was the main one talking about, “Uh uh, it’s not me! I did that because you did…” No, no, no. [Laughter] Let me calm down. It was me. This part was me… and so, yeah.

SB: Let’s talk about you cutting off all of your hair. What has the response been and how are you feeling about it now?

TB: It was the best thing I ever did for myself. It was the week of my birthday, and I remember talking to my father and I was like, “I’m going to the hairdresser to get a weave,” you know everybody wants to look cute on their birthday. I got to the hairdresser and I just felt the urge to cut my hair off. It wasn’t supposed to be a fashion statement, a statement that I’m going through something, that I wanted to overcome something. It was something that I felt, and it was like a real gut feeling. And I remember I went to Kim Kimble’s hair salon, and I remember they had a meeting about who was actually going to cut my hair. They was all in a huddle talking about, “I’m not cutting her hair. I’m not cutting her hair.” And I said, “Now listen, here’s the thing. If don’t nobody cut my hair, I’m gonna do it. So we need to figure out who’s going to cut my hair.” And it was like, “Well how about we do a Mohawk? Let’s cut off the sides, and we’ll just put some track in the middle, and you can flip it on each side,” and they kinda talked me into it, and so I did it. And then the next day, the very next morning, showed up at the hair salon and I said, “Cut it off.” And I remember, when she cut it off, I got the chills, and she cried, I cried, I don’t know why [laughter]. We hugged, and it was just like a beautiful taking my power back moment; me being fearless about whatever. I’m not afraid to talk about nothing… I’m not afraid to move forward, I’m not afraid of my past… I just want to be a better person, and it was just about me starting fresh. And to be honest, I still can’t let my hair grow. It’ll get to a certain length and I have to cut it back off again, I guess because you know, my growth isn’t finished yet, so I have to pay attention to it.

SB: How do you love on yourself and practice self-care?

TB: It might sound crazy, but I check in with myself a lot. You know, like, during the day, I talk to myself a lot. Like, “Tamar, how did you really feel about that? Are you being honest about that?” No, I’m serious. Because sometimes you gotta check in with yourself, because the only person that’s gonna be real with you is you. And the only person that knows what’s really going on is you. And it’s okay to check in with yourself – it’s okay to check yourself. You have to think about the responsibility when other people’s response is negative. Now some people you can’t change. Some people are pure haters and just mad, right? But if that’s not the case, you have to check yourself. If their response was off, or it’s funny, it’s something that I’m giving off, and I don’t want to do that. So, I have to check in with myself to make sure that the person understands exactly where I’m coming from, and that I’m not being abrasive, and that I’m not offending them, because you could still get your message across without offending somebody, or making them feel a certain kind of way, or make them run from you, so I check in with myself a lot.