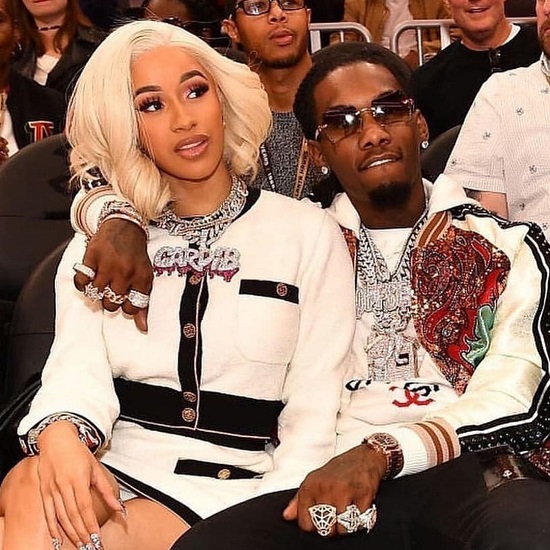 Offset Is Doing The Absolute Most To Get Cardi B Back

While we can appreciate Offset trying to get his lady back, this ain't the way to do it, bruh. Cardi B headlined the Rolling Loud festival this weekend (making her the first woman to have this honor in the festival's two-year history, by the way). However, while the "I Like It Like That" rapper was performing, her estranged hubby crashed the stage with props, flowers and apologies as he begged her to take him back. While the crowd went wild, Cardi looked none to pleased by the whole affair, appearing to say some choice words to the rapper as she held her mic away so folks couldn't necessarily hear what should've been a private conversation. There's no word on what was said or what exactly Cardi's response was exactly but we have a feeling the grand gesture only made things much, much worse. #OhNoBabyWhatIsYouDoing