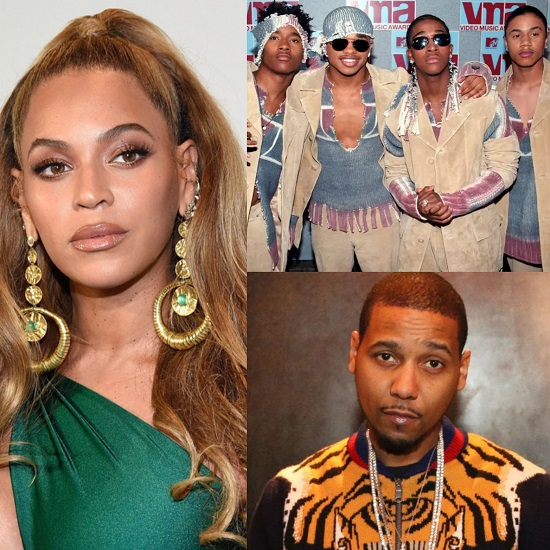 Christmas time is here and we're already getting into the eggnog (spiked, please) and the spirit of the season. In fact, we come bearing the gift of music news. That's right, it's time for a special Christmas edition of This Week In SoulBounce. So let's see what we have in our bag, shall we? Folks thought we were bearing witness to another "world stop" moment when two new albums dropped under the name "Queen Carter"...but it looks like Beyoncé had nothing to do with 'em. Meanwhile, your millennial friends got the holiday thrill of their lives when the boys of B2K announced that they were not only reunited but would be going on tour with a few of your early 2000s faves. It's not gonna be that great of a Christmas for rapper Juelz Santana, though, as he recently got news that he'll be doing a 27-month bid for an airport gun incident from a while back. All that, plus Remy Ma and Papoose welcome a new bundle of joy, Keith Sweat hops into the "King Of R&B" debate with Jacquees, Cynthia Erivo lands a record deal and much more. Unwrap the latest music news when you read on.