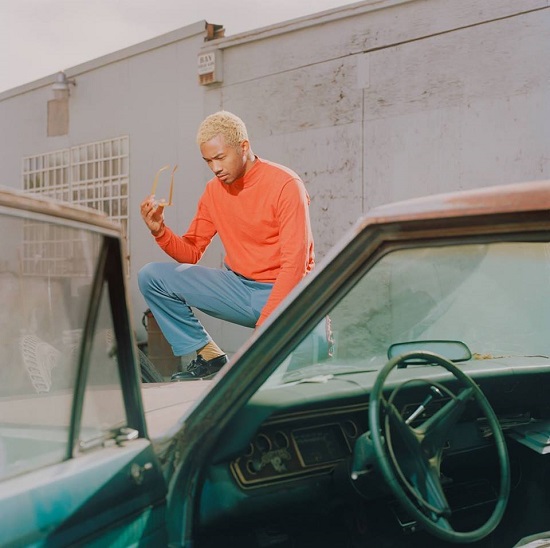 Toro y Moi announced his return a few weeks back with "Freelance," the first single from his upcoming album Outer Peace. With the set hummin' and comin' at us on January 18th, we knew it wouldn't be long before the multi-talent would give us another new groove from the set. Thankfully we were right, as the artist also known as Chaz Bear hits us with the funk one more time on new single "Ordinary Pleasure."

Musically, "Ordinary Pleasure" reminds us of Sly & The Family Stone's "Family Affair," mainly because of the sticky bass line that straddles the border of soul and disco. But once the synth-heavy melody kicks in on the chorus, we're transported smack dab into the '80s. Though the music suggests a feel-good time, the lyrics tell another story. Chaz expresses a general malaise with life and love. He calls into question everything that once brought him joy in life, saying that he feels like he's "seen it all" before. Even the very singable chorus calls into question the little pleasures of life, with him singing, "Maximize all the pleasure / Even with all this weather / Nothing can make it better."

In addition to giving us "Ordinary Pleasure," Toro y Moi has also given us a more fleshed-out schedule for his Outer Peace Tour. He'll be on the road as early as New Year's Day, but the tour doesn't officially kick off until January 14th in Oakland. From there, he'll be giving us musical life throughout the month of January and with a couple festival sets in February, March and May. You can see the full list of Outer Peace Tour dates on the flyer below — right after you check out the visualizer for "Ordinary Pleasure," of course. 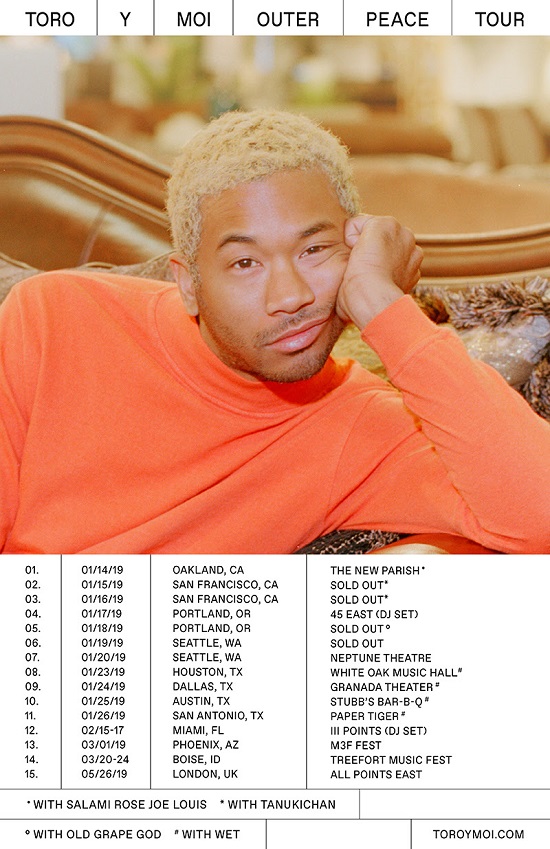