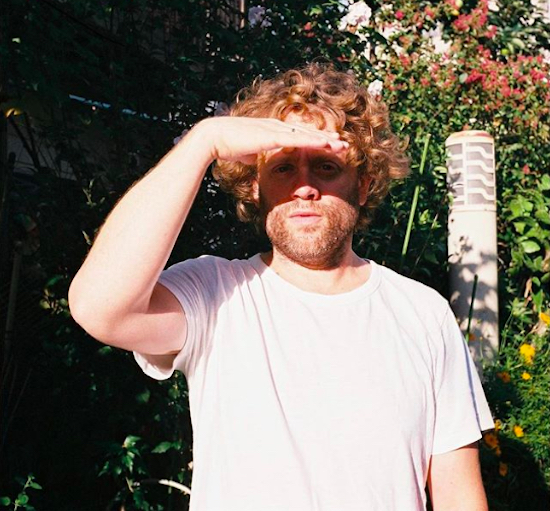 Though things have been a little quiet on the homefront for Dutch artist Benny Sings, he's officially back on the scene with a vengeance with a new label home, single and release date for his sixth studio album, City Pop.

After dropping his last four albums on local label Dox Records, Benny steps into the next phase of his career on a new label, the legendary Stones Throw Records, where he just recently dropped his upcoming album's first single, "Not Enough." Co-written and co-produced by Mayer Hawthorne, the song marks Benny's return to form as he effortlessly gives a nod to the '80s and its bouncy, pop-soul fusions. The singer/songwriter/producer, who cites Michael Franks as one of his influences, also bears traces of fellow blue-eyed soulsters like Hall & Oates and Bobby Caldwell without coming off as forced or contrived. The accompanying music video, which Benny describes as "pretty wild," is set to debut sometime next week.

In addition to the new video, Benny is also gearing up for the February 22nd release of City Pop, which is currently available for pre-order via Bandcamp. Set for a digital and vinyl release, the album includes guest appearances from Faberyayo, Mocky and Cornelius. To celebrate the album's release, he will be packing up and heading stateside, where he will host an album release show in both New York and Los Angeles. Up first will be the L.A. show, set to take place at the Lodge Room on February 26th. He will hit the stage alongside his label head Peanut Butter Wolf, MNDSGN and Los Retros. Benny will then jet to the East Coast, where he will take the stage at NYC's Mercury Lounge on February 28th.

Check out the latest offering from Benny Sings below (and maybe even revisit his take on Drake's "Passionfruit") to hold you over until the album arrives.