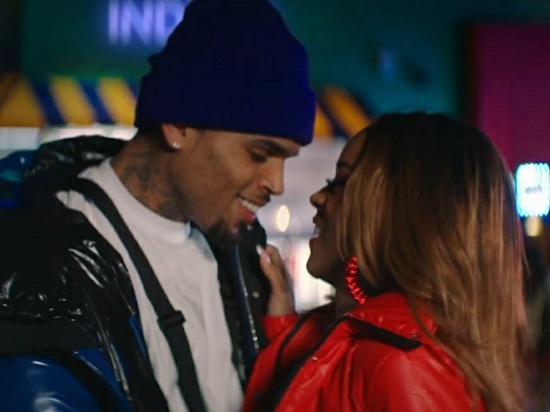 Do you remember when we first met Chris Brown? The future pop/R&B star ran the charts with his grown-ish debut single "Run It!" and had all the teenyboppers eating out of the palm of his 16-year-old hand. Things, of course, took a dark turn for the singer both professionally and personally throughout the years, but somehow he's always managed to tap into the moments we first became enamored with him. He does so once again with his newest single "Undecided" and its fun new video.

Crafted by "Run It!" producer Scott Storch and riding on a sample of Shanice's sweet R&B classic "I Love Your Smile," "Undecided" is a fun little ditty about being unsure in love. Breezy is feeling the love but not sure if he's ready. However, when he's with his lady love he finds that he can't hold back his feelings. Despite the happy-go-lucky feel of the music, it seems that the decision might be weighing heavily on his heart. As the song comes to a close, though, we have a pretty good idea of which way he's going to go.

For the track's video, Chris goes back to his origins by offering a fun, dance-heavy romp. After coming across an empty amusement park, he's yanked into another dimension. There he finds Empire star Serayah waiting and ready to dance with him along the boardwalk as he sings his heart out. The two cut more than a few intricate steps as they're surrounded by a full troupe of dancers who immediately get in synch with them to the song's tune. It's a cute throwback to the Chris Brown videos of yesterday and maybe a look into the direction that his upcoming album Indigo will be heading in when it drops later this year.

Get into the stream of Chris' new single below and stick around to witness its lighthearted video.