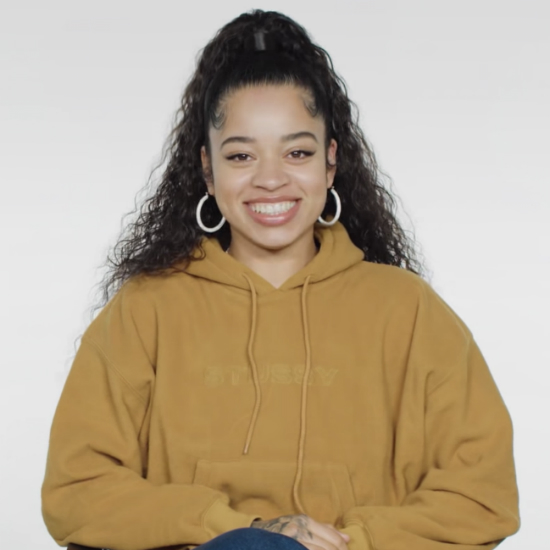 Ella Mai is in it to win it in 2019, recently vying for the top spot in a new episode of ELLE's "Song Association" game. The songstress joins the likes of Kelly Rowland and H.E.R. to participate in the game, which puts performers and music connoisseurs to the test. Participants are given a word and have to sing a song with the word in it with a mere 10 seconds on the clock. At the top of the game Ella made it crystal clear she was going to have a song ready for all 15 words, and that she did.

She sang fellow Brit Craig David's "Walking Away," a few tracks from her own catalogue, including "Boo'd Up" and "Trip," and even pulled a Nicki Minaj track from a mixtape. She later sang Musiq Soulchild's "Love, " Adele's "Rolling In The Deep" and Beyoncé's "1+1" with no hesitation between each word. It took Nat King Cole's "Smile" and Mariah Carey's "Always Be My Baby" to get her to the top spot. Ella now shares the number one spot with H.E.R., which Ella was beyond proud to announce.

Her excitement during the entire game was on high as she screamed every time she got a point. She served as her own cheerleader, screaming throughout her wins, ultimately having the entire production crew laughing. To catch some of Ella's beautiful energy, you can find her in a city near you on The Debut Tour, which just kicked off this week in the UK. She'll be on the road until March with more details about tour dates and tickets on her website.