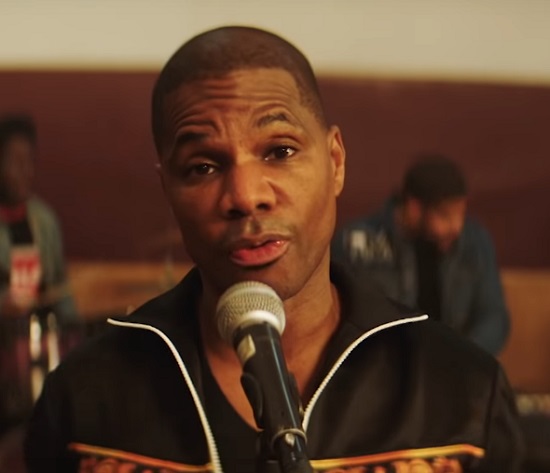 Modern gospel wouldn't exist if it weren't for the innovative Kirk Franklin. He's been blurring the lines between R&B and gospel since the '90s and has continued to do so throughout the new millennium. He forges on as he readies his as-yet-untitled studio album for release later this year, introducing us to what's to come with his lead single and video "Love Theory."

"Love Theory" finds Kirk in his element, mixing the message of gospel with the secular sounds of R&B to create soul-saving music that doesn't feel preachy. A driving piano and guitar melody propels the song in a danceable groove that automatically makes the listener feel good. But it's the sound of the perfectly arranged choir that really brings the song's message home, with the heavenly voices of the singers drawing listeners into their praise and worship. Kirk brings the message home with the song's video, which features him leading what looks to be the liveliest choir practice we've ever seen. There's dancing, shouting and praising featured throughout, but it also focuses on a young man making his way through life in the inner city before finding his way to the sanctuary and joining in the praise party.

The release date for Kirk's next opus hasn't been announced yet, but he has lined up a few high profile gigs in coming weeks and months. He's set to perform at this year's Super Bowl Gospel Celebration, which will be airing on BET on February 2nd, and he's already signed on to host this year's Stellar Awards on March 29th. Looks like Kirk Franklin is going to be booked and busy all 2019. Get into his "Love Theory" when you watch the video below.