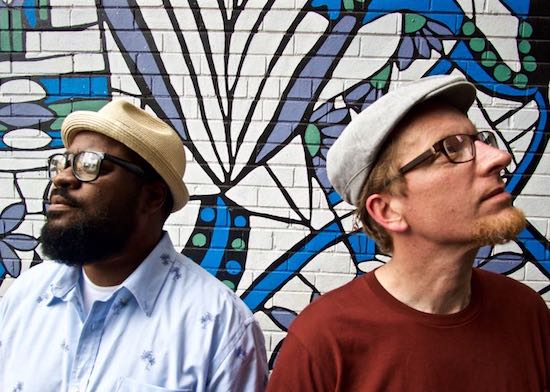 Chicago-based production duo Tensei has a new album on the horizon. Entitled Constellate, the set will be released on Tokyo Dawn Records on Monday, January 21st and feature the talents of a few SoulBounce faves alongside Midas Wells and Chris Kramer. They've enlisted Liv Warfield, Sam Trump and Jimetta Rose, among others, to bring their sonic vision of modern soul fusion to life. To introduce the project, the fellas linked up with equally eclectic singer/emcee/DJ A. Billi Free for the lead single "Liquid Tongues," and they are premiering the track's music video in a SoulBounce exclusive world premiere.

"Liquid Tongues" is described as a song "about the power of word and sound and their ability to comfort or cut." Featuring the aforementioned A. Billi Free on vocals, "Liquid Tongues" also showcases the work of harpist Brandee Younger and is a head nod-worthy blend of soul and hip-hop. For the music video, Tensei left it in the hands of Shawn Johnson who created a visually stimulating piece using mixed media. Combining still photographs, video and animation, the visual is like a cool ass vision board come to life. You'll have to watch this multiple times to catch everything that's happening on screen, but it's worth repeated viewings.