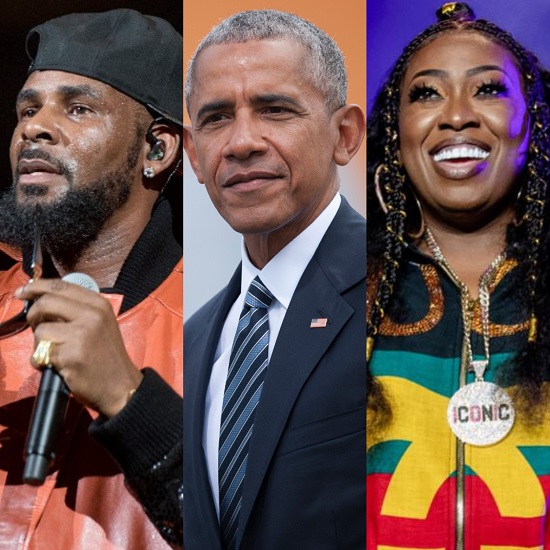 Hello, hello, hello! The first full week of 2019 is in the books and we have a lot of music news to show for it. Of course, with the first week bringing us the bombshell that was Surviving R. Kelly, the twisted R&B star is still heavy in the news (which never seems to stop coming as the days go by). While we'll definitely take a moment to keep you abreast of those shenanigans, there's so much more that went on in the past seven days. Did you know that our forever president Barack Obama actually landed on the Billboard charts? Or that our girl Missy Elliott just earned a major honor and hip-hop first? All that, plus news on some lowdown dirty thief that had the nerve to steal from Queen of Soul Aretha Franklin in her final days, why a new documentary wants to make Michael Jackson the next hot topic, how Juelz Santana is making an honest woman of Kimbella before he heads to the slammer and much, much more. Pick up what we're putting down when you read on.