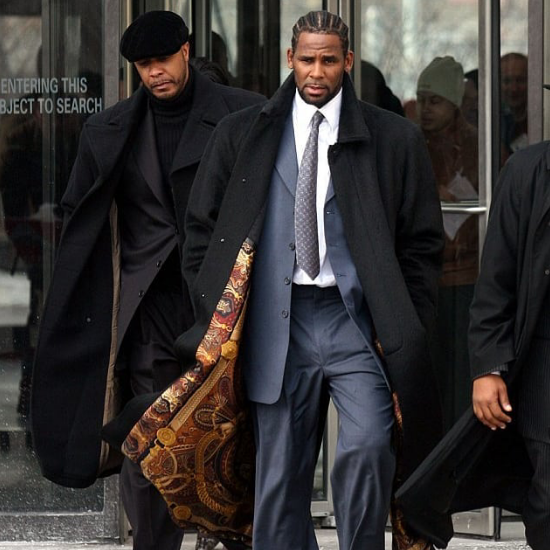 'Surviving R. Kelly' Shines Light On Ugly Side Of R. Kelly & The Problematic Side Of The Industry

Was there anyone who wasn't talking about Surviving R. Kelly this week? While we here at SBHQ have already decided our stance on the manner, the documentary further delved into just how deep the cesspool goes when it comes to R. Kelly's treatment of women and young girls. Of course, the singer has threatened to sue over the doc and claimed that it's full of lies. But it has also unexpectedly stirred up other controversies as well. Shocking recounts of Kelly allegedly having sex with an underage Aaliyah on a tour bus prompted her mother, Dianne Haughton, to release a statement denouncing the claims. Chance the Rapper, meanwhile, expressed regret about collaborating with Kelly in 2015 and clarified the comments further, including how defending the "I Believe I Can Fly" singer is done so at the "detriment of black women and girls." It's also cast a light on a few other prominent industry men, including Drake and Timbaland, and their questionable quotes and actions toward women. Perhaps we should all take heed to what singer JoJo said in reaction to the documentary. "We must acknowledge that today, in America, the color of a person’s skin + their/ their families socio-economic standing either ensures or denies them protection. Some people’s stories are prioritized & believed over others. Some are blamed & victim-shamed. There are patterns. Do you see? This is unacceptable." #WeMustAllDoBetter