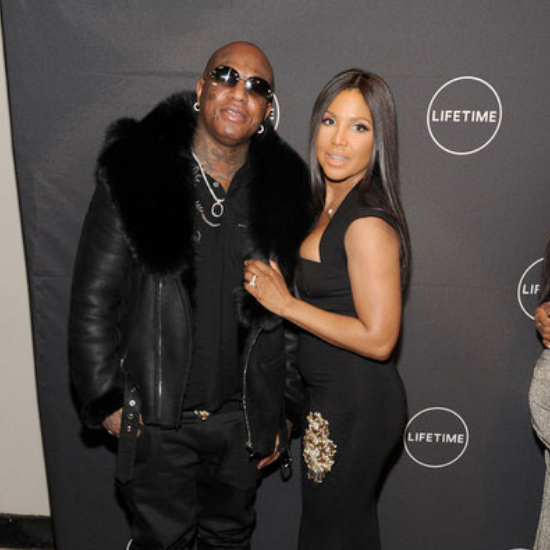 When it was discovered that beloved singer Toni Braxton was dating Cash Money mogul Birdman, the world released a collective "WTF." However as we've gotten to see their love via Braxton Family Values and hear about how Toni gushed about her beau, it became evident that it was for real. Still, things seemed to stall after the couple announced their engagement not too long after their relationship went public. Now it's been revealed that the couple has called it quits. The pair announced their uncoupling separately on IG. The rapper simply wrote "It's over..." on his Instagram Story and then promptly wiped his account of other posts. Toni played her cards closer to her chest, posting a pic of her looking ravishing in a red dress with a mysterious caption that read, "Starting a new chapter isn’t alway an easy choice… but ALWAYS choose to be chosen. Cheers to a new year." We're sad that the two have ended their love affair, but we're sure that the new year will bring bigger and brighter things their way as it unfolds. #EndOfTheRoad