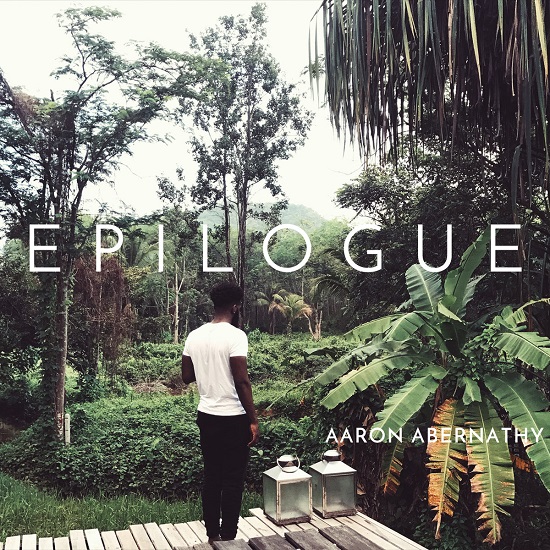 A concept album is pretty rare in these days of fast-consumed music and streams. So when an artist tries to pull one off, they'd better have something to say. D.C.-based soul artist Aaron Abernathy is pretty committed to the concept, having given us continuing themes in both his debut Monologue and its follow-up Dialogue, with the former focusing inward and the latter focusing on the world outside himself. He gets a bit more intimate with his latest effort Epilogue, with the talented singer-songwriter taking the time to turn an eye on love and relationships and the complications of healing and growing within them.

This isn't new territory, of course, as pressing play on any random playlist will bring you to a love song. However, Aaron brings a fresh perspective by divvying the album into different sections: HIS, HERS and OURS. HIS deals with the male perspective of love and heartache, with themes of wondering what's wrong with himself ("Time Bomb"), loneliness ("Lonely Nights") and regret ("The Bitter Things Of Life"). HERS, on the other hand, focuses on the female perspective of things through the eyes of a woman named Noelle. Not only is she name-checked on the soulful, gospel-influenced track named after her, but she's given a voice on tracks like "I Want You Again" and through interludes ("Wishful Thinking," "???") and the standout "Revisions," a duet with sweet-voiced singer Cecily that will put you in the mind of classic soul songs from Earth, Wind & Fire or Minnie Riperton. The perspectives come together for final act OURS, with the two finding each other in the slow and steady funk of "Sucka 4 U / Facts Only," the classic feel of ballad "Song & Dance" and the sincere "Epilogue (Just Be Serious)," which smartly features the echoes of wedding bells.

The concept here is a strong one, but what else is showcased is AB's willingness to take musical risks and the big payoffs that result. At times, he channels Prince and others he delves into doo-wop. Then there's his embrace of modern sounds, like on "Vent Of Love." He soulfully rides trap-happy hi-hats on the track while simultaneously offering Take 6-level backing vocals. To top all of that off, he also offers up a bit of spoken word at the song's end speaking on men's part in the cycle of emotional damage in relationships. It should feel overstuffed or even heavy-handed; instead, it all feels fresh and exciting.

Epilogue might be the end of this particular album trilogy but don't mistake it for the swan song of Aaron Abernathy. If anything, it shows the promise of a talented musician further coming into his own and ready to prove that R&B is still able to touch your heart and soul while pushing the boundaries of what you expect it to be. Whether you're falling in love, falling out of love, healing from heartbreak or starting something new, this album is made with you in mind.