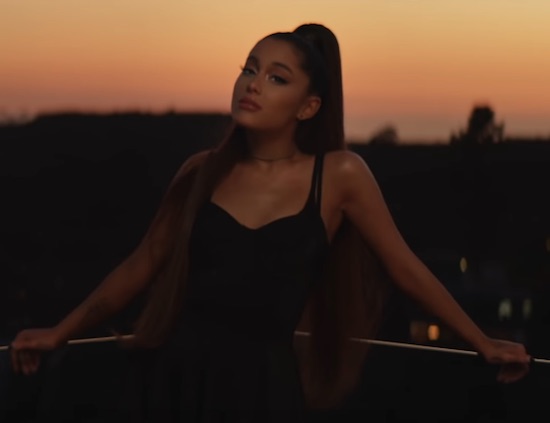 Ariana Grande has just released thank u, next, her second album in six months. While that might seem like a short time between projects, the "No Tears Left To Cry" singer actually had a lot to cry and sing about. Her 2018 release, Sweetener, was all about her then seemingly perfect relationship with Pete Davidson. thank u, next is about the fall out of that relationship, along with the death her other famous ex, Mac Miller. More than just a bitter, somber project, Ariana tries to move on with grace, humor and some self-reflection. Along with dropping her latest album, Ari has also shared the video for her single, “break up with your girlfriend, i’m bored.”

The track samples “It Makes Me Ill,” an old N’Sync record written by your girl Kandi Burruss. The production courtesy of Max Martin differs from the very 2000s groove of the original. The sample comes in the lyrics and content. The track borrows themes from the song, along with putting its own twist on the bridge, "You can say I'm crazy, if you want to/ That's true." Ari remixes the line into, "You can call me crazy cuz I want you / And I never even never f**kin' met you." She also gives her own take on the lyric “You can say I'm trippin' if you feel like /
But you without me ain't right.” This tale of obsession and listlessness is told over moody, bass-heavy production that perfectly sets the mood for Grande’s bad girl anthem.

Like the video for “thank u, next,” the visual for "break up with your girlfriend, i'm bored" seems inspired by young adult movies. However, this particular clip doesn't borrow its premise from a romantic comedy, instead finding inspiration in thrillers in the vein of Single White Female or Wild Things. In the opening scenes of the visual, Ari is spotted entering a nightclub while rocking a sleek platinum blonde hair. She takes a seat and nurses a drink but a fly couple catches her eye as they dance together on the crowded dance floor. They peep her peeing them, and the couple soon invites her over to dance with them. This casual encounter evolves into an obsession as Ari wants more than just a two-step. Over the course of the video, she pops up at a party at their house in the hills, and the couple is taken aback to see Ari's new look (which is actually her normal look) as she assumes the girlfriend’s head-to-toe style. They all wind up in the pool, and Ariana flirts with the guy as his girlfriend watches curiously. But, just when you think you know where this story is going to go, there’s a titillating twist at the end.

In addition to the new single, Ariana Grande has also shared the tracks “Imagine,” “7 Rings” and the title track from the new album leading up to its release. Watch Ariana get a little crazy, sexy, cool in the "break up with your girlfriend, i'm bored" video below, and keep scrolling to listen to her thank u, next album in full.