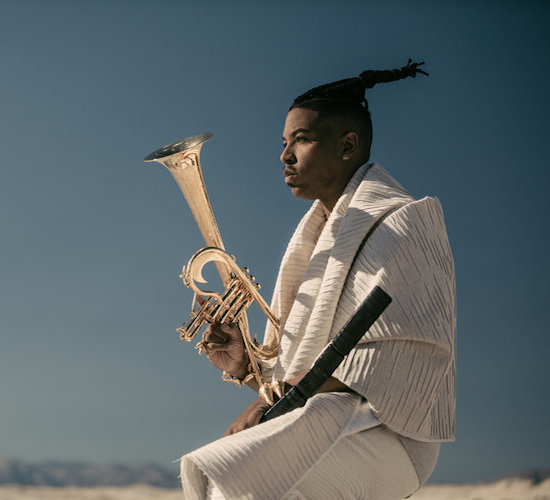 Although he's hopeful to take home a GRAMMY for his brilliant 2017 album, The Emancipation Procrastination, this upcoming Sunday, that hasn't stopped Christian Scott aTunde Adjuah from looking towards the future. Well, the future is now with the release of the first single from his upcoming album, Ancestral Recall, due out March 22nd via Ropeadope/Stretch Music.

The title single features a brief spoken word performance delivered by poet Saul Williams. His soothing delivery lies in stark contrast to the driving foundation laid by Scott's urgent trumpet and its accompanying drums. The drums bear all the influences of the Motherland, providing the perfect aural journey through "Ancestral Recall." The various elements combine to create an experience that feels both transcendent and deeply rooted.

In addition to Williams' contribution, Ancestral Recall also features guest appearances from Chris Turner, Mike Larry Draw, Logan Richardson and Elena Pinderhughes. Ahead of the album's release, Scott will take his show on the road, beginning with a four-night residency at New York City's Blue Note before making stops in cities like Seattle, Oakland, Los Angeles and Amherst, Massachusetts.

For Scott, the entire project allowed him the space to expand music as we know it today. "In its inception, Ancestral Recall was built as a map to decolonize sound; to challenge previously held misconceptions about some cultures of music," he said in a statement. "To codify a new folkloric tradition and begin the work of creating a national set of rhythms; rhythms rooted in the synergy between West African, First Nation, African Diaspora/Caribbean rhythms and their marriage to rhythmic templates found in trap music, alt-rock, and other modern forms."

Check out the latest from this sound-bending artist and be sure to catch him when he takes the stage in a city near you.