Ciara Proclaims That Russell Wilson Is Her ‘Greatest Love’ Of All 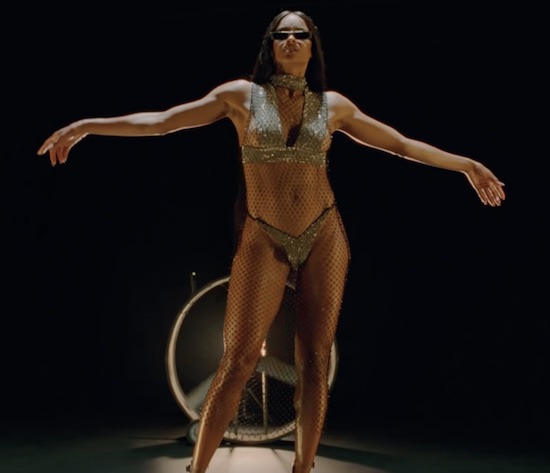 Ciara and Russell Wilson are relationship goals AF. The happily married couple publicly share their love at every chance they get from the red carpet to the football field to the hospital ward to their family home. Now Ciara has taken it a step further and put her feelings to music in her new single "Greatest Love," just in time for Valentine's Day.

"Greatest Love" is a sultry love letter from Ciara to Russell. "You're the greatest love I ever seen / Where you are I'm gonna be / To top it off you been there for me / Never change your energy / It's only you got what I need," Mrs. Wilson proclaims on the chorus to open up the song as she opens up about their love story for all the curious.

CiCi doesn't refer to Russell by name, but she makes it clear that she's singing about her beloved from the first verse. "From the first day that I met you / You were special / There was something different 'bout you / Had to pray for it, 'fore I jumped into it head first," Ciara sings detailing their courtship. From there, she makes it plain that Mr. Wilson is the main man not only in her life but in the lives of their children. "Oh, I shoulda known when you took my son as your own," she sings at one point referring to her son from a previous relationship Future before sharing a lyric about their daughter Sienna, "I see your love when I look at our baby girl / I'm a lucky girl."

We wouldn't call Ciara lucky as much as we would call her blessed and highly favored. Speaking of which, for everyone on social media who's been waiting for her to share the prayer she prayed to get Russell, Ciara finally answers their prayers. "Asked God to take out everything toxic in my life / And, baby, He did / Tell me won't He do it / If you're going through it, baby, He will," she sings, sharing her gospel truth.

In addition to getting very personal on "Greatest Love," Ciara gets very sexy in the music video. She rolls solo in the Sasha Samsonovo-directed clip but watching CiCi bump, grind, body roll, bounce, drop it like it's hot or simply stand there in a variety of revealing outfits is all one really needs for a good time. We're sure that Russell loves it, and after listening to this song, that's all that really matters.

Ciara's "Greatest Love" is her first single of 2019 following her onslaught of new music and visuals that started last July with "Level Up," "Freak Me" and "Dose." There's still no word on when she'll be releasing her next album, but she's on a winning streak right now and love looks and sounds good on her.