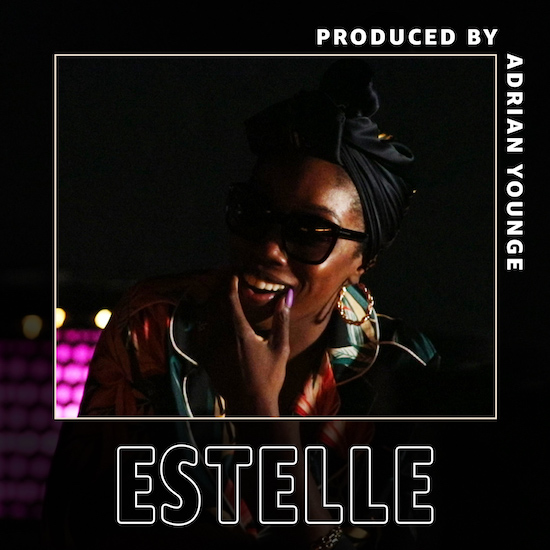 Producer Adrian Younge has teamed up with Amazon Music to bring music lovers the latest installment of its Produced By series. Under this partnership, Younge will release a new song each week during the month of February, culminating in a four-track collection available solely on Amazon Music. This week's offering comes courtesy of singer Estelle on the super mellow "Home."

On the song, the Brit spits her best game in an effort to convince someone to go home with her. Sounding smooth and seductive, she paints an irresistible image of the comfort that awaits them in the confines of her home. Younge does his part to make it an offer that can't be refused thanks to his signature analog sound that warms the soul. “Adrian is by far one of the most amazing musical minds and a keeper of our culture. I’m excited to be a part of this project,” Estelle states.

As previously mentioned, "Home" is just the latest to be released from Produced by Adrian Younge. The first single to come from the project was "February" featuring Terrace Martin and Georgia Anne Muldrow, which dropped last week. Remaining collaborators for the project include Gallant and Black Thought. According to Younge, having the project drop during Black History Month was far from coincidental.

"There was a time in America when Blacks weren’t free to pursue their creative endeavors. Such cultural tension led to blacks creating the first American musical art form: Jazz. This music, the antithesis of western idealism, is what continues to inspire black music today," he explained via a statement. "My work embraces this perspective, but furthermore, it serves as a reminder of how music can lay the groundwork for self-expression and cultural awareness. Embrace Black History Month and take the time to realize how black music has shaped the cultural narrative of America."

"Home" is currently available for purchase or streaming via Amazon Music. Listen to a snippet of the track and check out the single's teaser trailer below. Be sure to keep your eyes (and ears) peeled for what is sure to be yet another dope release from Younge.


TAGS:  adrian younge, audio, black thought", estelle, Gallant, georgia ann muldrow, terrace martin
Previous: H.E.R. Gives Us Something To ‘Think’ About For ‘What Men Want’ Next: Ariana Grande Drops New Album ‘thank u, next’ & Wants You To ‘break up with your girlfriend, i’m bored’