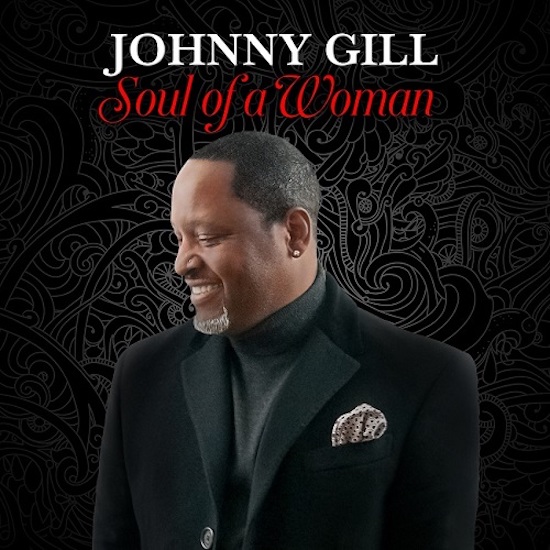 From the start of his career, Johnny Gill has had a soft spot for women. Whether it was his 1983 debut single "Super Love," his duets album Perfect Combination with Stacy Lattisaw, his string of hits with groups New Edition and LSG or his own catalog of classics, it's quite clear that JG loves the ladies. And "My, My, My" do the ladies love JG. Now the crooner is adding to his musical resume and showing more love to the fairer sex on his new single "Soul Of A Woman."

His first new music since his stellar 2014 album Game Changer, Johnny Gill praises his lady on "Soul Of A Woman." He soulfully sings about his lover's qualities that have him wide open. Instead of focusing on her physical attributes, however, he digs deeper and goes beyond the surface to who she is on the inside. He sings about their strong connection and the warmth of her affection in the first verse, speaking to their bond. "Cause, baby, your love is so divine / It's just like paradise / And it's a beautiful design / Girl, you give me life," Johnny smoothly croons before making the proud declaration on the chorus, "Ain't nothin' like the soul of a woman / To make you feel like goin' when you feel like givin' up / That's my baby."

To accompany the single, Johnny has released a lyric video for "Soul Of A Woman," too. Images of famous and powerful women are displayed throughout the visual as the lyrics appear on the screen. Gill hits all bases with photos of actresses, singers, politicians and activists in rotation with the occasional photograph of him popping up. When you watch, you'll spot familiar faces such as (forever) First Lady Michelle Obama, Halle Berry, Ruth Bader Ginsburg, Maya Angelou, Ava DuVernay, Gabrielle Union, Janet Jackson, Oprah Winfrey, Ellen DeGeneres, Maxine Waters and Kamala Harris.