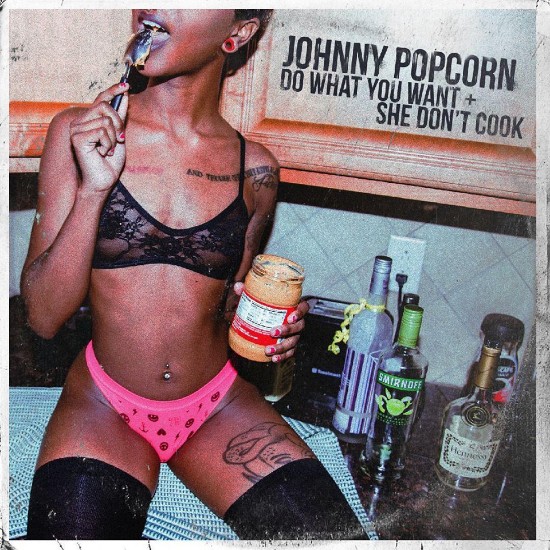 We've been not-so-patiently waiting for Johnny Popcorn to drop that follow-up to 2016's Totem Pole, especially since late last year when the Philly-based ensemble began teasing that a new album was in the works. Now that 2019 is well underway, it seems Hezekiah and the crew might be making good on their promise with the release of a double A-side single entitled "Do What You Want/She Don't Cook."

"Do What You Want" is a lively, acoustic-pop ditty with thin threads of rock and punk woven throughout. The track takes us through a relationship that has become a bit one-sided – one partner looking for some space and the other promising to be right there waiting when that person is ready to return. Jani Coral adds the loveliest bit of rock n' soul with an earnest vamp towards the song's end.

While the first song gave us a whiff of early Bruno Mars, "She Don't Cook" takes a page from unconventional acts like Outkast and Gnarls Barkley. The comical lament is all about the kind of woman that most guys would fight for: she's beautiful, stylish and gives good lovin'. There's just one little problem, as alluded to in the song's title. To save himself from starving to death, Johnny Popcorn figures it might be best to go their separate ways. "I'm sipping on a cup of steam with a straw / My sugar level's so low / I love you, baby, but I got to move on / I can't do this no more," he complains. Sure he could just order take out, but where's the fun in that?

The double-sided treat isn't the only newness that the band has delivered this year. Jani recently welcomed a new baby (Congrats!) and the band curated the perfect "anti-Valentine" playlist that is still in heavy rotation even though the holiday has passed. Here's hoping a fresh album drops in the near future. Until then, keep up with Johnny Popcorn on Twitter or Instagram, and download "Do What You Want/She Don't Cook" via your favorite digital platform.