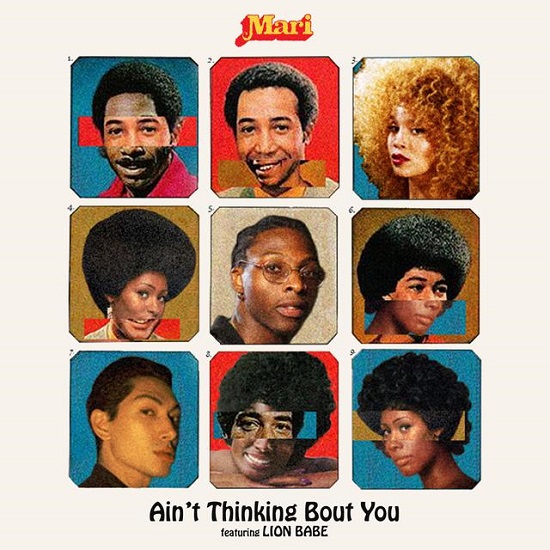 Outside of the indie/underground hip-hop scene, the name Mari might not be easily recognized. But the Chicago-bred rapper/producer (currently based in Atlanta) is making moves to ensure a long future in the rap game with the forthcoming release of his debut album, Glutton Free. Lead single "Ain't Thinking Bout You" is a playful bop destined for heavy rotation, thanks in part to a major boost from Lion Babe.

The musical equivalent of "Bye, Felicia!," the catchy song was produced by Mari and Astro Raw. Throwback vibes abound as the rapper adopts an old school flow over a background arrangement dominated by stuttering percussion, hand claps and organ. He maintains the vintage style as he sings the addictive chorus, "I ain’t even thinking bout you, you, you." Of course, Jillian Hervey can't let the boys have all the fun. She slides in a contemporary verse, alternating between soulful siren and trap-floacist.

Stream "Ain't Thinking Bout You" below and download a copy for your collection while we wait for Glutton Free later this year. Thankfully, we won't have to wait too much longer to hear more from Lion Babe. Their new album Cosmic Wind is slated to drop on March 29th. You can keep up with both Mari and Lion Babe via their respective Twitter feeds.