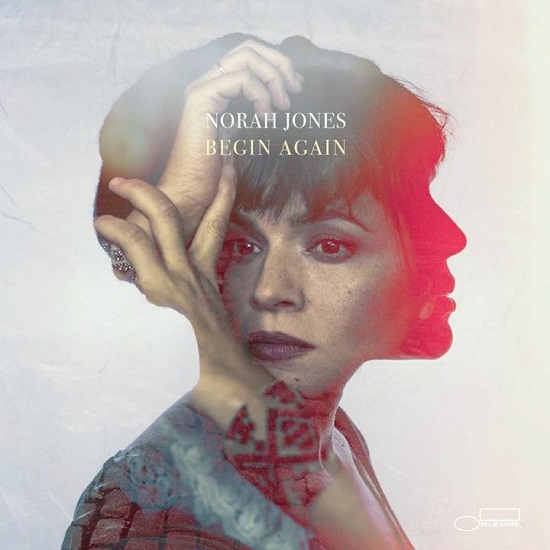 When we last heard new music from Norah Jones, we wondered if "Wintertime" and her previously released singles were indicative of a new project on the horizon. Well, we now have our answer as it's been announced that Norah will be releasing a new collection of singles called Just A Little Bit this April. The distinction of "collection of singles" is important here, as this isn't the typical album that you'd expect from Norah. The set's seven tracks are comprised of songs that Norah has recorded in the past year that found her experimenting without boundaries or limits as to where the music could go. The results were songs that run the gamut from folk to jazz to electronic to soul, each imbued with a sense of creative freedom that the singer-songwriter found refreshing.

"I felt inspired to record and try different things,” Norah said in a press release, adding that her goal was to make the recording “quick and fun and easy and low-pressure. It’s a great way to collaborate with other people. Just a day or 3 in the studio and that’s it."

We've already heard the results of four of those recording sessions and Norah brings us our fifth listen with her latest single "Just A Little Bit." The song starts quiet enough, with Norah playing organ and piano to set the mood. That's soon changed, though, when the trumpet, bass, tenor sax and drums are introduced. They provide just the right temperature for Norah's slow burn of a vocal. It slides into the frame as she warns, "I'm not the one you can ignore / I'm not like those you've had before." The matter-of-fact lyric is followed by the calm boldness she commands throughout the track as she plays both temptress and dismissive lover, reveling in the contradictions and daring you to call her out on it. Captivating doesn't begin to describe the number, and just as she sings in the lyrics, this one will be hard for anyone to deny.

Listen to "Just A Little Bit" right here and stick around to see the full tracklist of Begin Again, which will be released on April 12th. As well, be sure to see Norah performing these tracks as well as more of her GRAMMY Award-winning repertoire when she embarks on her tour this spring and summer.