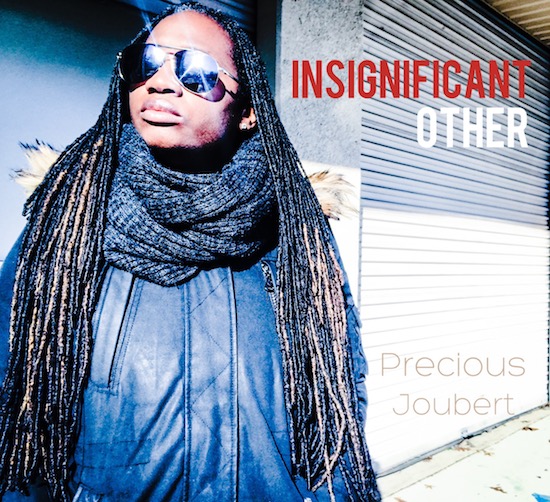 It's finally February, which means that Valentine's Day is right around the corner. The day meant to celebrate love isn't all wine and roses for everyone, however. Right about now, a number of people who may be in relationships are coming to the realization that they can do bad all by themselves. DMV-based singer/songwriter Precious Joubert is giving these folks something they can feel with her new song "Insignificant Other" in a SoulBounce exclusive world premiere.

With its title being a flip of the popular term of endearment, "Insignificant Other" gets right to the broken heart of the matter. Written by the Sound of the City Band member and co-produced by her in conjunction with the band, Joubert pulls no punches in her lyrics about this relationship that is past its expiration date. "Time wasted, energy spent / Love lost, so irrelevant," she sings, ready to throw the whole man away.

"'Insignificant Other' is a relatable song for anyone who has ever had that lightbulb moment where they realized their relationship status wasn’t as significant as they’d once thought," Precious shared with us about why she wrote this song. In addition to her pen game and production talents, she plays bass on the thumping track with Chris “Biscuit” Bynum on drums and Marcus Young on keys. "Insignificant Other" has hip-hop soul appeal and even samples MC Lyte, The Notorious B.I.G. and Mary J. Blige at one point in an unexpected and surprisingly fresh way.