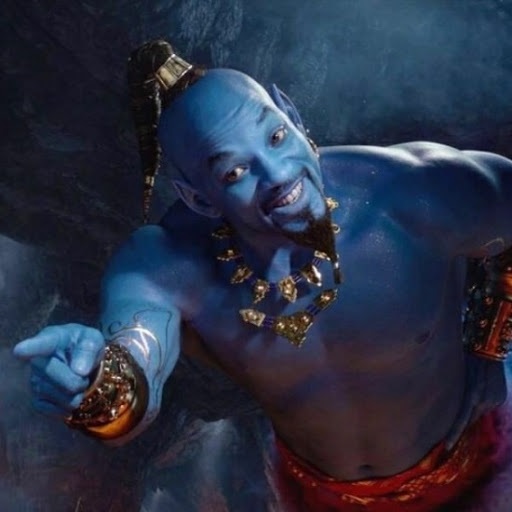 We already knew that Will Smith would be playing the role of the genie in the upcoming live action take of Aladdin. However, we didn't know that his appearance in the film would be so polarizing. When a first look of the rapper-turned-actor in the role was given to us by a teaser trailer during the GRAMMYs, there was a decidedly mixed reaction. Some were positively terrified by the CGI amalgamation while others were here for it and most cracked a few jokes. That being said, seeing as Aladdin is one of Disney's most beloved properties, you bet your bottom dollar butts will be in seats when the film is released on May 24th. #HeLooksMadCreepyThough