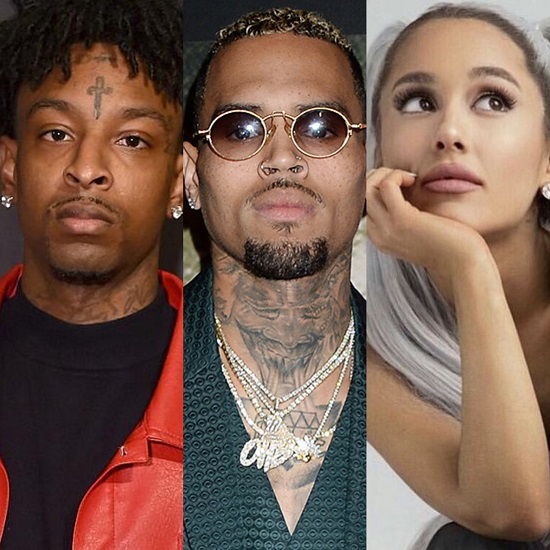 Happy GRAMMY Weekend, Bouncers! With music's biggest night upon us on Sunday, you'll have to forgive This Week In SoulBounce being so GRAMMY-heavy — but there's just so much juice to be squeezed from this particular outing! Of course, there's a lot more going on in the world of music as well. Of course, the talk of the internets has been 21 Savage being arrested by ICE and facing deportation (not to mention surprising everyone who didn't know the rapper was British to begin with). In fact, it was such a big hullabaloo that it caused Chris Brown and Offset to get into it via social media and quickly escalate their beef into a possible real-world confrontation. Sheesh! Meanwhile, Ariana Grande might have just dropped her second album in under a year and be nominated for two awards this year, but you won't be seeing her appear on the GRAMMYs stage on Sunday. Find out why and also pick up news on Jennifer Lopez's role at the ceremonies, why there might be cause to investigate James Brown's death as a murder and why you'll have to wait a bit longer for the next season of Atlanta when you get into the latest edition of TWISB.