‘While We Wait’ For Kehlani’s Mixtape, Listen To ‘Nunya’ With Dom Kennedy & ‘RPG’ With 6LACK 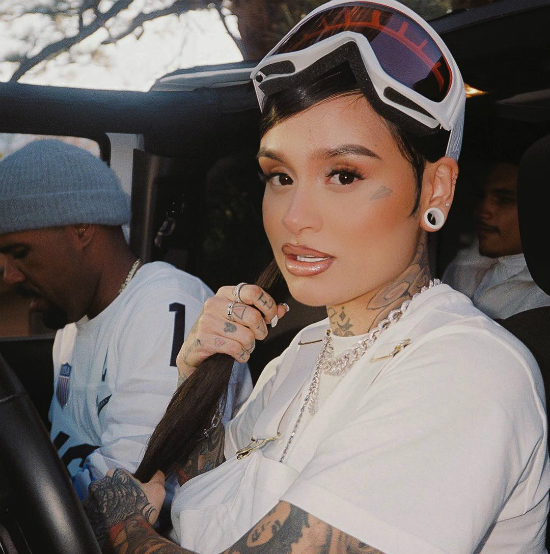 Kehlani continues to deliver new tracks before she delivers her new mixtape While We Wait and her baby. In advance of the former dropping on Friday, the pregnant songstress has released collaborations with rapper Dom Kennedy on the single and video for "Nunya" and "RPG" featuring singer/rapper 6LACK. Both hailing from While We Wait, "Nunya" is an uptempo track about minding your business in a relationship, while "RPG" is a lamentation of a relationship gone wrong.

"Nunya" comes with a visual featuring Kehlani whipping around a winter wonderland as she breaks it all the way down. "Why you asking 'bout X, Y, Z? / Why you worried 'bout who's f**king me? / Who's to the right of my SUV? / It's nunya, nunya, nunya biz," Kehlani sings matter of factly. We watch Kehlani and Dom rocking winter white and kicking it with friends at a cabin in the woods during a party that looks like the best ski trip ever. Kennedy lays down his verse as he walks around a snowy forest, and we get aerial views of the mountain.

In "RPG" Kehlani and 6LACK also focus on relationships on the slow tempo number. "Don't you think that we're too old to play your game? / And we ain't go through all of this to stay the same," Kehlani laments in the first verse. On Instagram Live, the songstress mentioned that "RPG" is one of the heart-wrenching singles on the project.

Kehlani most recently released "Nights Like This" featuring Ty Dolla $ign and"Butterfly." Along with Dom Kennedy and 6LACK, you can also expect to hear Musiq Soulchild on While We Wait, which you can pre-order from your favorite digital retailer now. Use your Apple subscription to stream the entire "RPG" track and watch the video for "Nunya" right here while we wait for Kehlani's first delivery.