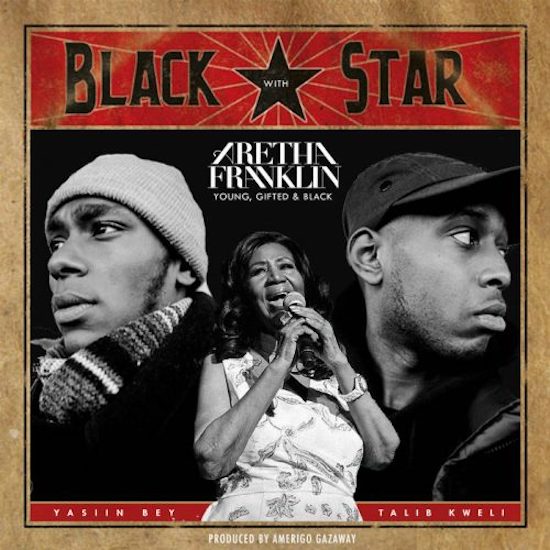 This past March 25th would have been the 77th birthday of the late Aretha Franklin. To commemorate the occasion, producer Amerigo Gazaway is paying tribute to the legendary Queen of Soul by re-releasing "Young, Gifted & Black" where he unites Franklin with Black Star's Talib Kweli and Yasiin Bey on his latest mashup.

Initially released back in September to his exclusive subscribers, Gazaway finally releases the single to the masses. The mashup sees Gazaway bringing together Franklin's "Young, Gifted & Black" and Black Star's  "Hip-Hop (Screamixx)." While Franklin's song is well-known, Black Star's single is a rare find, having initially appeared on 2006's Hip-Hop Docktrine: The Official Boondocks Mixtape.

Despite the fact that both songs were recorded over 30 years apart, Gazaway is able to bring them together so seamlessly that it sounds as if the two were meant to be united musically. As always the talented producer/DJ manages to pay homage to the past while also looking to the future in a way that makes it obvious that he is coming from a place of love. Listen to his latest musical offering below and be sure to support his previous mashups like his Stevie Wonder and Common mix or Marvin Gaye and Yasiin Bey to see why you should be paying attention to this young talent.