Anderson .Paak Takes Us From ‘Malibu’ To ‘Ventura’ In The BBC Radio 1Xtra Live Lounge 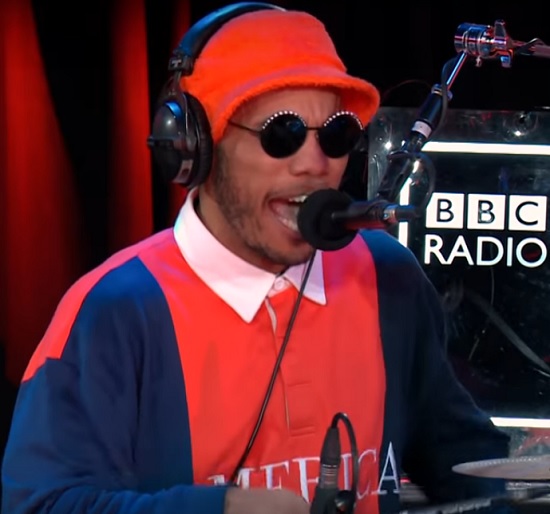 Anderson .Paak is a busy man. The music star, who just dropped Oxnard this past November is already readying his next album Ventura for next month. Not to mention, he's also gearing up for his Best Teef In The Game Tour next month as well. Somehow, he found time in his schedule to hit up BBC Radio 1Xtra's Live Lounge and bless them with three songs from his catalog, including his new single "King James."

Sitting behind his trusty drum kit, our man Andy commands his band The Free Nationals through a musical tour of his Cali home. First, he stops in Ventura with a run -through of the jazzy "King James." The track, which touches a bit on the black experience in the United States, seems to have been made for a live performance, with its musicality coming alive thanks to the warmth of instruments and the rasp of AP's voice. Andy then drops us off in Oxnard, delving into oft-looked over album track "Smile." He once again works some jazz into the affair with a horn-filled introduction before segueing into the dreamy soul of the track's lush bass line and twinkling keys. After that, he ends by taking us back to Malibu with that album's standout "Heart Don't Stand A Chance." It's a welcome return to the track, which wowed us when it arrived in 2016, as AP and the band take a few liberties with its arrangement — including an added electric guitar solo — and makes us long to see him doing it live during his second tour of the year.

Go ahead and get your Anderson .Paak fix by checking him out as he shuts it down in the Live Lounge in the three clips below.