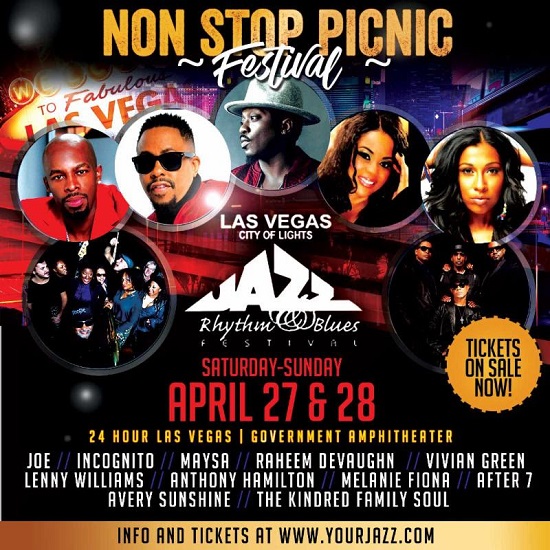 Janet Jackson's upcoming residency might be the talk of the town in Vegas but it's not the only big moment going down in Sin City. With April creeping on a come-up, it's officially festival season. That means that the city's annual Las Vegas City Of Lights Jazz and R&B Festival will once again be in full effect. While it's always a good time, the festival's 27th iteration is particularly star-studded.

The festival will be going down on April 27th through April 29th. Heading up the lineup for the two-day affair are R&B heavy hitters like Joe, Incognito featuring Maysa Leak, Raheem DeVaughn and Lenny Williams — who will be on the Saturday schedule. Sunday's list of performers will include soul man Anthony Hamilton, Avery*Sunshine, After 7 and Vivian Green. As if all those names weren't worth the price of the ticket one, Kindred The Family Soul, Melanie Fiona and Johnny Gill will also be in the mix. Looks like it's gonna be a hot time in Sin City!

VIP, general admission and two-day discount tickets for the 27th Annual Las Vegas City Of Lights Jazz and R&B Festival, which will be held at Vegas' Government Amphitheater, and more information about the festival are available now through the festival's website. Don't miss out!