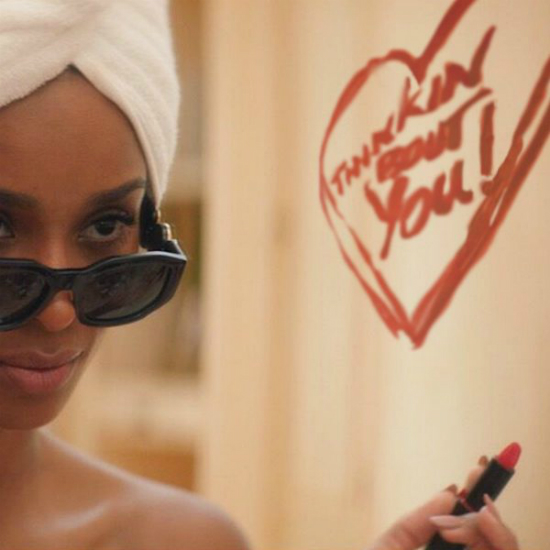 Ciara has finally put the finishing touches on her seventh studio album, Beauty Marks. An album we’ve been waiting for since long before she released the lead single “Level Up” last July. The track was an unexpected hit that inspired a social media dance challenge craze. But, the follow-up singles haven’t quite have the same success. That doesn’t mean our girl was going to quit trying. Along with the announcement of the album, she’s also shared a new single, “Thinkin Bout You,” an upbeat, pop-infused dance number.

“I’m wondering if your love’s a game / Just kissing girls and taking names,” she sings over a throwback guitar riff. Ciara’s having swirling thoughts about a guy she can’t get off her mind who may not even be giving her a second thought, but she can’t help trying to figure him out. The production is similar to Janelle Monáe’s recent release “Make Me Feel,” channeling the same Prince vibe but doubling down on the rolling bass guitars. “Thinkin Bout You” also shares some of the same DNA as “Lullaby” and “Kiss & Tell,” the best tracks on Ciara’s last album, Jackie, with its light-hearted feel and old school sound. It’s a fun song, perfect for summer.

Along with the song, Ciara has also shared an equally carefree visual. The concept sees Ciara getting ready for her first date with a special someone. Thoughts of seeing him have her running, jumping and twerking throughout her mansion. Then she literally starts floating. Her maid even helps her to pick out the perfect outfit, making the clip feel like clothing montage in a Jennifer Lopez romantic comedy. But that’s not a bad thing. The visual is super fun, uber cute and mirrors Ciara's real-life giddiness about her hus-bae Russell Wilson. While we wouldn‘t have minded a proper 8-count from the dancing queen, we’re not mad at the outcome.

“Thinkin Bout You” follows up Ciara’s previous singles, “Level Up,” “Dose,” "Freak Me" and “Greatest Love.” In addition to those tracks, the album also boasts features with Kelly Rowland (“Girl Gang”) and Macklemore ("I Love Myself"). We’re not sure about that last one, but hey, she might have bop in the chamber. Either way, Beauty Marks will be released on Beauty Marks Entertainment on May 10th and is currently available for pre-order. You can check out the rest of the tracklist and album cover, along with her new single and music video, below. 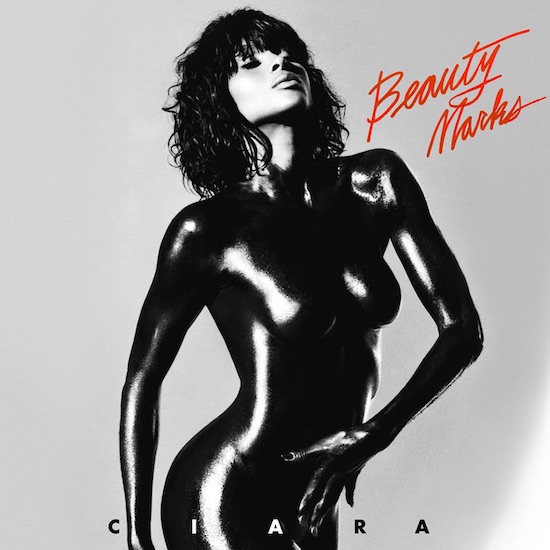