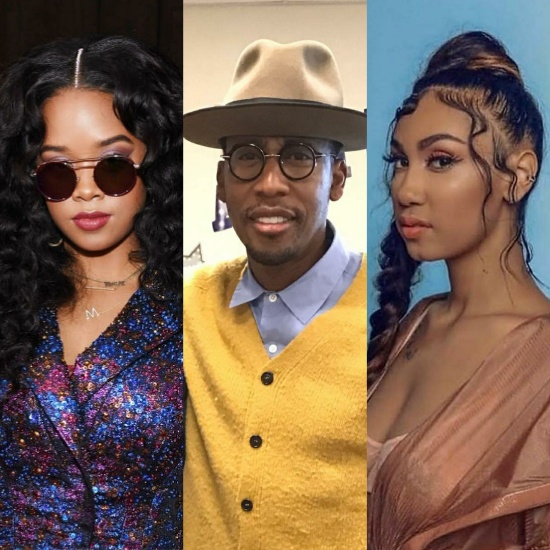 Roots Picnic is back for its 12th edition this June, and like previous years the lineup highlights a cross-section of hip-hop, rap, soul and R&B talent with something for everyone. Numerous acts will take the stage for the 2019 Roots Picnic with The Roots serving as the headliner for the annual fête. And what a celebration it will be with the Legendary Roots Crew scheduled to perform their breakout album Things Fall Apart to mark its 20th anniversary.

Aside from witnessing the dopest band in the land perform, there are many more performers of note and SoulBounce faves on the bill. Soul and R&B lovers will get their fill from the GRAMMY Award-winner H.E.R., Nigerian superstar Davido, social influencer Queen Naija, Dreamville siren Ari Lennox, newcomer Leven Kali and eclectic groups Tank & The Bangas and Moonchild. In what is sure to be a highlight of the day, Raphael Saadiq will bring his talents to the fore during a performance billed as "Raphael Saadiq vs. Soulquarians." With the legendary Soulquarians collective counting amongst its members Questlove, Common, Erykah Badu, D'Angelo, Mos Def and Q-Tip to name a few, there's no telling who will join Saadiq but trust and believe it's definitely going to be a memorable moment in music history.

On the hip-hop and rap side of things, concertgoers can look forward to turning up to 21 Savage, Lil Baby, City Girls, Blueface and Tobe Nwigwe. Black Thought and J. Period will bring back their Live Mixtape with special guest Yasiin Bey. More DJs will also move the crowd at the festival with DJ collective The Originals – DJ Clark Kent, Stretch Armstrong, D-Nice, Rich Medina and Tony Touch – DJ Aktive and DJ R-Tistic on duty on the turntables. In addition to all this, there'll be live podcasts on deck including The Joe Budden Podcast, The Read and Questlove Supreme.

The 2019 Roots Picnic goes down on Saturday, June 1st at its new home at The Mann Center at Fairmount Park in Philadelphia. Tickets go on sale on Friday, March 15th at 12 noon with passes coming in at $69.50 for General Admission and $350 for VIP. Prices for General Admission tickets will go up closer to the festival date, so if you're planning to attend get your coins together now. 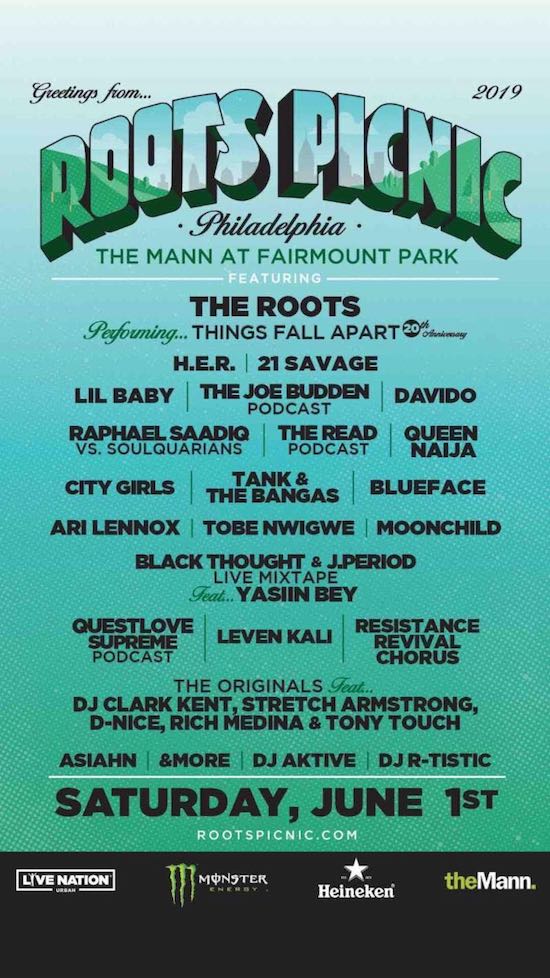