Jagged Edge Returns With The ‘Closest Thing To Perfect’ 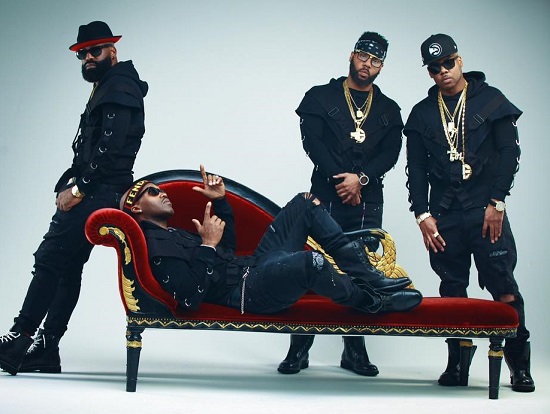 Though they released an album as recently as 2017, Jagged Edge is a name that we've only heard sporadically in recent years. After making an announcement last month, the group returns to the scene once again with promises of a new album in the works and — even better — a brand new single titled "Closest Thing To Perfect" to tide fans over until the project is ready.

The quartet brings the flavor that fans of theirs have come to expect on the song. It's obviously aimed at the female demographic as the fellas sing about their lady. "Can't be another one / Devotin' these two verses / She's the closest thing to perfect," they sing on the track. They then do just that as the group's members — twins Brian Casey and Brandon Casey, Richard Wingo and Kyle Norman — wax romantically about exactly why this one is the lady of their dreams. Backing them up is a bass- and synth-heavy beat that builds on the "Trap & B" trend that's all the rage these days. While the sentiment is sweet, though, leaning into the current trend makes this affair a bit old hat. There's no need for established artists to reinvent the wheel when it comes to jumping on trends, but it's not a good thing to sound so much like everything else to the point of being forgettable — especially considering that they were part of the initial wave of acts that helped to blur the lines between hip-hop and R&B in the first place.

This might be a perfect surprise for ride or die Jagged Edge fans. The rest of us, however, will probably see it as a missed opportunity to come back strong.