Leela James Hooks Up With The Truth Band For Rock & Blues EP ‘Are You Ready?’ And Shares First Single ‘That Woman’ 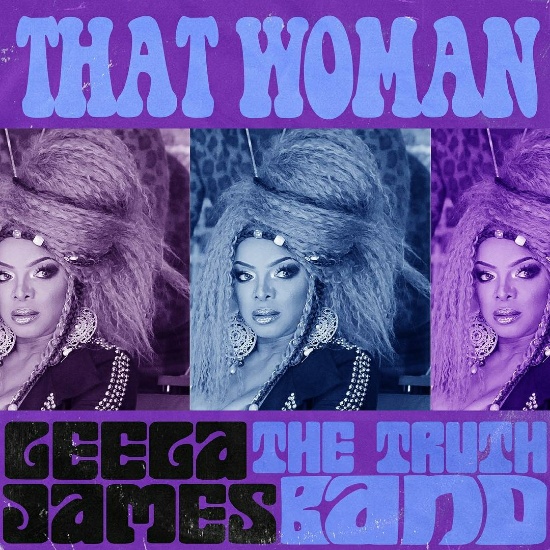 Leela James has been moving in silence like the g in lasagna in terms of her next project. We got an inkling that something was on the horizon when she shared her cover of the power ballad “This Is Me” from The Greatest Showman film. However, what has developed is far from what our crystal ball could fathom. The soul singer has decided to rock out with a few of her musician homies. Leela James is now Leela James and The Truth Band, comprised of guitarist Jairus “JMo” Mozee, bassist Eric Ingram and drummer David “Dae-Dae” Haddo.  The R&B diva and superstar musicians will release a six-track rock and blues EP, Are You Ready?, on April 12th, and ahead of that release they've shared their first single, “That Woman.”

Debuted during Leela's fiery guest appearance at the inaugural BLACK GIRLS ROCK! FEST in Washington, D.C. recently, “That Woman” is a classic rock track with some echoes of rhythm and blues. James is giving men who may not know better a life lesson on how to properly treat a woman. Over crunchy electric guitars and hard-hitting drums, Leela growls, “Maybe your momma ain’t told ya / By the way that you’re treating me/ Maybe your daddy ain’t showed ya / There’s a right way to treat a queen / So listen, child, let me learn ya’,” getting anyone who listens right together.

In addition to sharing the new single, the group has also released a music video to accompany it. In the clip, Leela and The Truth Band give a performance at a rock n’ roll club for adoring fans. She flings her trademark long hair as the crowd bangs their heads to the guitar-led track. One listen to "That Woman" and don't be surprised if you find yourself doing the same.

There's more rocking and rolling where this came from on Are You Ready?, which will be here in less than a month. Peep the tracklist after you hear and see Leela James like you've never seen her before on "That Woman."

Leela James and The Truth Band Are You Ready? tracklist: