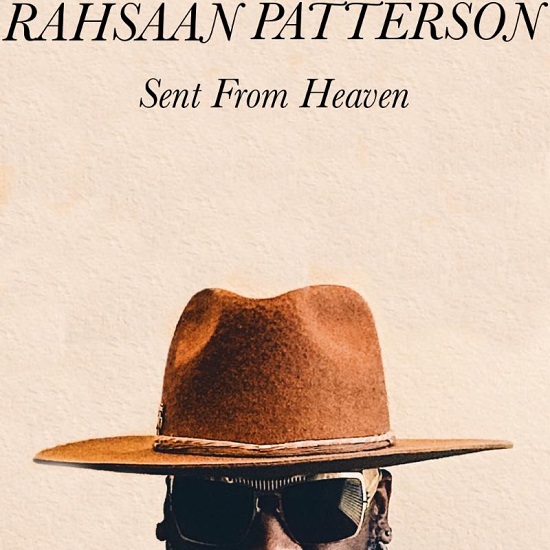 It's been more than seven years since Rahsaan Patterson blessed us with his last full-length project Bleuphoria. Since then, brother's been busy. He's toured coast to coast and released quite a few one-off teasers to keep fans interested in whatever he had coming next. Well, now we know exactly what next is. This May, he'll be releasing his latest album Heroes & Gods and has blessed fans the world over with his lead single "Sent From Heaven."

You can feel the old school in the approach to "Sent From Heaven." That's not to say that it feels dated, though. Rahsaan pays attention to the craft of songwriting on the song, with not one note feeling like it wasn't meant to be there. He sets the mood for love with lush string arrangements, muted horns and flute coming together with guitar and soft drums to create a mellow backdrop. Meanwhile, Rahsaan and the backing vocals do their good singing with tightly arranged harmonies and swoon-worthy lead vocals from the man himself. "Sent from heaven / Baby you've made / A profound impression," he sings on the chorus. "You are a fond expression / Expression of love so glorious." With Rahsaan's skill of knowing when to go whisper-soft and when to lean into crystal clear power notes, this one is sure to end the question of whether R&B is alive and well.

"In creating 'Sent From Heaven,' I was reminded of how I have been schooled by all the greats and how grateful I am to have been schooled by them," Rahsaan said in a press release. "Some songs might have a melody but how many will truly resonate with us 40 years later? As a songwriter and artist, it is important to insert that part of my creativity."

Get into the latest from Rahsaan Patterson below and look for Heroes & Gods to arrive on May 17th.


TAGS:  audio, rahsaan patterson
Previous: Shafiq Husayn Gets Ready To Throw Us For A ‘Loop’ With ‘Walking Round Town’ Next: Solange Has A Personal Twerk Session In ‘Binz’