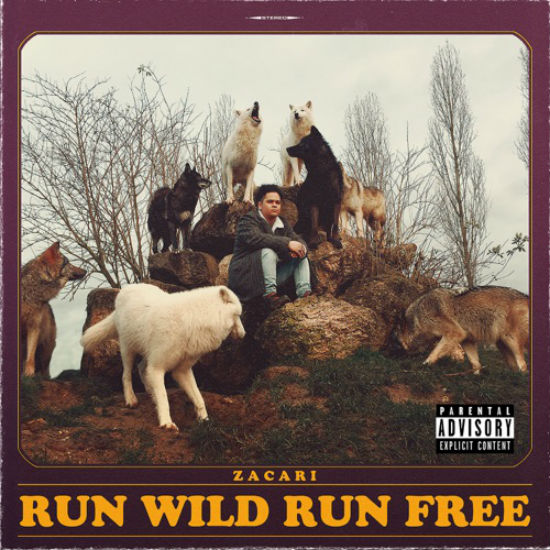 Following two stellar showcase performances at this year’s SXSW festival, Top Dawg Entertainment signee Zacari has released his debut project on the wildly successful independent label. With his seemingly psychedelic take on R&B, his seven-track EP entitled Run Wild Run Free is a blissful escape from today’s norm. Though the collection is cleverly infused with trap-style melodies, there’s a certain decidedly alternative flavor that separates the Bakersfield, California native from his peers.

While previously known for his collaborations with fellow TDE fam, including Kendrick Lamar, Isaiah Rashad and Ab-Soul, the EP gives fans a glimpse at the singer/songwriter/multi-instrumentalist’s bold experimentation with sounds and layers, fusing hard-hitting bass with soft vocals in order to craft a vibe that is all his own. He opens with the self-reliant anthem “You Can Do Anything” before transitioning to the project’s second single, "Midas Touch." The third track, “Ten Outta Ten,” shows a bit of Zacari’s softer side, as he sings the praises of the object of his affection. Lead single, and arguably the EP's standout track, "Don’t Trip" follows, before we are treated to the project’s one and only feature, “Young & Invincible” with Lil Yachty. He rounds things out with “Lone Wolf” and “Run Wild Run Free,” making the project a musical assertion of his artistic fearlessness and creative freedom.

Give Zacari’s EP Run Wild Run Free a listen, and be sure to add the project to your collection from your favorite digital platform. Keep an ear out for a full album, as he and his camp are already thinking ahead. Noting that he had been working on this EP for almost three years and probably recorded 200 songs, he says, “There are songs that didn't make the EP because I’m saving them for the album. It's going to be a whole new sound for us, too. The sound of it is a little different. It's a little bit bigger energy on this next one.”