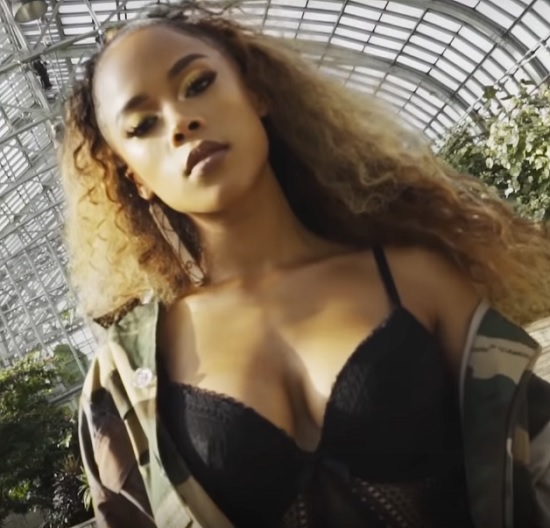 Though there seems to be more drama surrounding the show than what's portrayed onscreen thanks to the hullaballoo surrounding star Jussie Smollett, Empire is set to return from its winter break tonight. While fans of the soapy nighttime drama might be looking for clues about his character's fate, another good reason to tune in is actress/singer Serayah. She, of course, plays the role of pop star Tiana on the show, and she also aims to be one off the set as well, dropping the lyric video for her latest single "4 Pages" to capitalize on the series' return to the airwaves.

Like Aaliyah's similarly titled "4 Page Letter," Serayah's latest is heavy with synth, bass and kick, though that's where the similarities end. This one deals more with the woes of love in the digital age. "I won't send a text back 'til your attitude's gone," she begins the track. But that's not the only clue that gives us an idea that we're in a completely different area. She goes on to comment about "big h**s in your comments," being left on read and feeling the need to put her phone in do not disturb mode. Woe is a late millennial trying to navigate the complexities of modern relationship drama. We'd feel worse for Serayah if the lyric video wasn't full of her rocking haute couture gowns while traipsing around one of the most gorgeous greenhouses we've ever seen — and looking absolutely fierce while doing so if we might add. While she's looking photo shoot fresh, the lyrics to the song flash about the screen like it's a video made for Vogue's YouTube channel as she smiles and vamps for the camera.

You can, of course, catch Serayah during Empire's return tonight, but you should do yourself a favor and catch her here first in all her fabulous glory in the lyric video for "4 Pages."