Shanice Has A Jam On Her Hands With ‘He Won’t’ 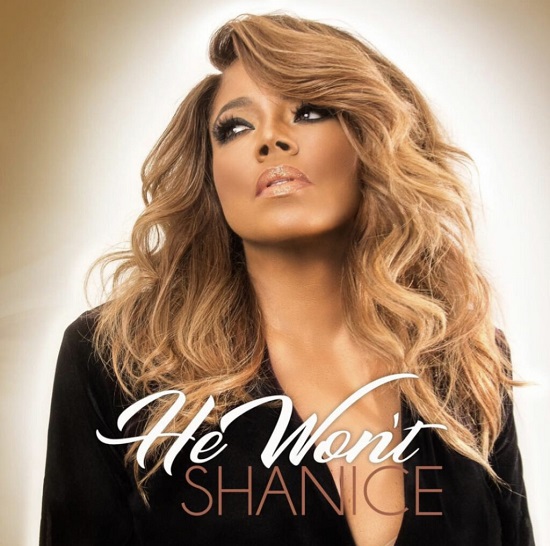 We've missed hearing songbird Shanice and her stunning voice. The industry vet, who last graced us musically with her 2016 single "Breakdown," is experiencing new interest thanks to dancer/singer Chris Brown sampling her classic "I Love Your Smile" for his single "Undecided." Shanice, being the smart cookie she is, is taking advantage of this and giving us a new single of her own to bop to with the release of "He Won't."

With a title like "He Won't," we were ready for slow singing about a no-good fella doing her wrong in the love department. That isn't the case, however. Instead, she brings us an undeniably funky bop with clever lyrics and a sexy sound. Synths and sticky guitar licks form the base of the song's sound and the songstress takes it from there with her heavenly harmonies. As far as what the song is about, the thing her man won't do is let her get any sleep. He's waking her up all through the night and keeping her up until they see the sun every freakin' night and every freakin' day — not that she's complaining. In fact, as she says in the song, she doesn't mind it at all.

We definitely don't mind our girl coming correct like this, either. We also wouldn't mind if this is the direction she goes for whatever project she's got cooking up. Join us in grooving to Shanice's latest jam when you press play.


TAGS:  audio, shanice, shanice wilson
Previous: This Week In SoulBounce: Chance The Rapper Ties The Knot, Paris Jackson Denies Suicide Attempt Rumors, Meek Mill Gets A Day & More Next: Andreya Triana Shows That Being ‘Broke’ Doesn’t Have to Break You