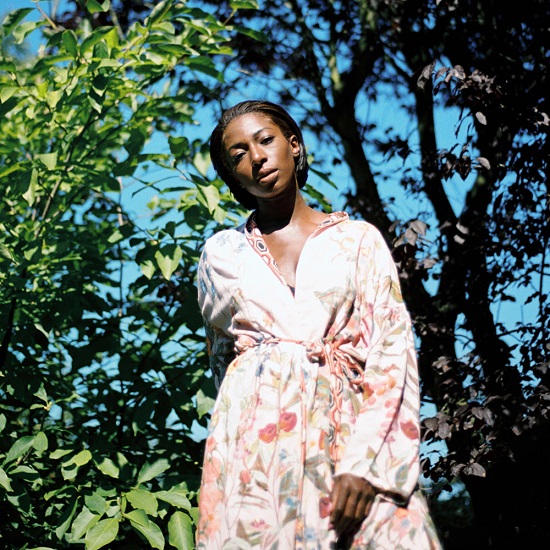 When an artist takes an extended break from the studio, it can be for any number of reasons from fatigue to writer's block. But sometimes, the studio break is simply because they're too busy being great at what they do. Szjerdene definitely falls into this category as the Bounce-Worthy artist has literally spent the last two years traveling around the world with Bonobo, performing over 180 shows in support of his critically-praised Migration project. Now that the tour has officially wrapped, Szjerdene is ready to share her own collection of music – a five-track EP called Trace, due March 22nd.

It's been four years since we last received a solo offering, so the announcement is music to our ears, and not just figuratively. The UK chanteuse graciously offers a first listen with lead single "Restart." Over a textured soundscape of brooding synth, pulsating Afrobeat and cinematic strings, Szjerdene captivates the listener with silken vocals that melt like chocolate on the tongue. It's a delectable listen for sure, but for the artist, the satisfaction goes even deeper. She explains, "As the name suggests, 'RESTART' is my way of rebooting. I’ve let go of the narratives that held me back for so many years...It’s time to open up and allow life in again, and that begins here, with you."

We're looking forward to hearing more about her self-reflective journey when Trace premieres in a few weeks. For now, scroll down to hear "Restart," currently available on all digital platforms. Follow Szjerdene on Twitter and Instagram for album updates and details on her April 17th show at The Pickle Factory in London.


TAGS:  audio, Szjerdene
Previous: Allow Aretha Franklin To Take You To Glory In The Trailer For ‘Amazing Grace’ Next: Ne-Yo Revisists New Jack Swing On ‘Genesis’ For The ‘Step Up: High Water’ Soundtrack