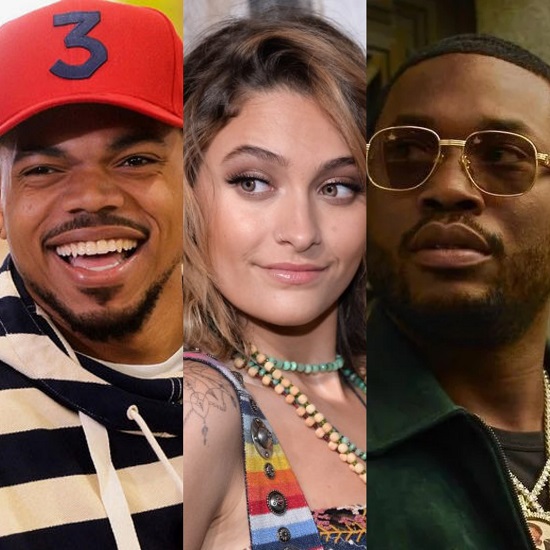 Hey, how ya doin'? We're back once again with a brand new roundup of all the things that went down in the music world this past week. You'll notice that this week that a certain embattled R&B singer and Jamal from Empire are absent from the headline. Honestly, we just needed a break from them and the shenanigans surrounding their lives (don't worry, we'll touch on them very briefly this week). That doesn't mean that we don't have much to discuss, though. Like the good news that Chance The Rapper and his now-wife Kirsten Corley got hitched this week and the upcoming addition to their family. In more somber news, reports recently broke out that Paris Jackson attempted suicide in the wake of the Leaving Neverland documentary. Paris, however, is slamming the rumors and calling out those reporting them. Meanwhile, Philadelphia son Meek Mill was all smiles this week as his hometown gave him his own special day in the city. All that, plus when we can expect that anticipated Aretha Franklin biopic starring Jennifer Hudson, who will be inducting Janet Jackson into the Rock & Roll Hall Of Fame, why Ciara had to have many talks with Jesus before marrying Russell Wilson and much, much more. Get into This Week In SoulBounce when you click on.