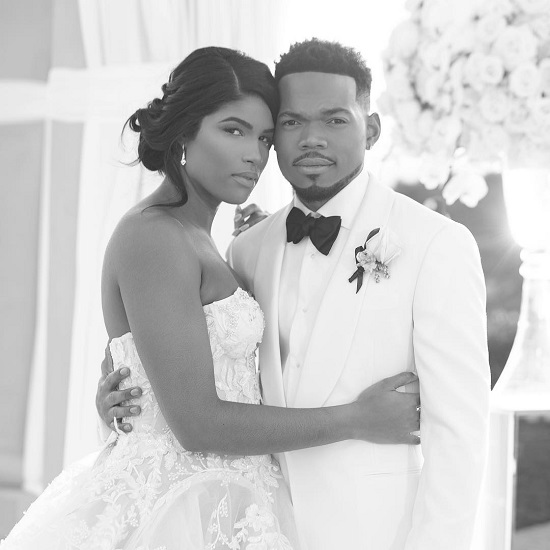 We present to you Mr. and Mrs. Chance The Rapper. Chance married his longtime girlfriend, and mother of his gorgeous daughter Kensli, Kirsten Corley. The beautiful couple tied the knot on March 9th in Newport Beach, California as 150 family members and friends looked on, including Chance's brother Taylor Bennett, Kirk Franklin, Kanye West and Dave Chappelle. "I knew I was gonna marry that girl. And I ain’t wanna jump the gun," Chance said of the couple's relationship on social media prior to the nuptials. "16 years later it’s happening. This wknd is the time, and the place is my wedding. I’m gonna dance with my wife because this is my destiny." Days after the ceremony, the couple had another big announcement: they're pregnant! Chance confirmed, once again via Twitter, that the couple is expecting a second child and that it will be another baby girl. He also took the time to thank the Lord for his blessings and good fortune. Guess all we can say is congrats twice over to the happy family. #MeetTheBennetts