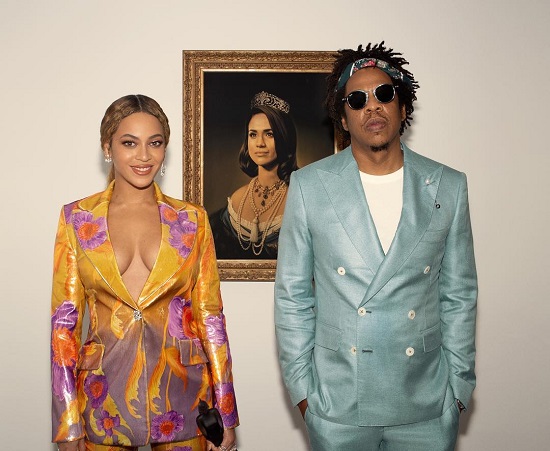 Beyoncé and JAY-Z will be adding yet another award to their ever-growing collection. The power couple has been selected by GLAAD to receive this year's Media Vanguard Award. The award is bestowed upon allies that the organization deems have made a significant difference in the promoting acceptance of LGBTQ people. GLAAD president Sarah Kate Ellis called the Carters "global icons and passionate defenders of human rights and acceptance for all people,” in a press release. She also added, "When Beyoncé and JAY-Z speak, the world becomes inspired and when it comes to LGBTQ people, their voices of acceptance have been heard loud and clear. We could not be prouder to stand with them to send a message of love during the biggest LGBTQ event in the world and to honor their work to bend the arc of justice forward for LGBTQ people, people of color, and marginalized communities everywhere." The couple is in good company, with previous recipients of the award including Janet Jackson, Kerry Washington and Cher. #DoItForThePeople